One rule for them… 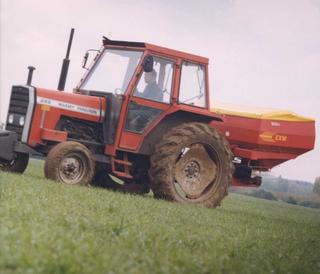 One of the more nauseating politicians in the European Union is Guy Verhofstadt, prime minister of Belgium, who set new standards for deviousness and lack of principle. Amongst his other less attractive characteristics is a slavish Europhilia and it is thus especially significant that, once again Belgium is being ruled by the European Court of Justice as failing to comply with EU laws.

This time, according to an agency report, it is for breach of EU nitrate regulations. More specifically, it is the Flanders and Wallonia regions that have fallen foul of the rules, which govern the application of artificial and natural fertilisers on farmland, and the storage of animal waste.

The EU commission lodged the case against Belgium in November 1999, claiming the regions were not applying EU laws sufficiently and the court has now agreed that Flanders breached the code of good agricultural practices, the identification of vulnerable zones plus the accompanying action plans and reporting obligations.

Wallonia was ruled to be in breach of the obligation to designate sensitive areas and to draw up action plans.

When you hear all the garbage emanating from the mouth of Verhofstadt about "European values" and the wonders of European integration, you would think that the very least this ghastly little hypocrite could do is ensure his own regions obey the very law that he holds in such high regard.