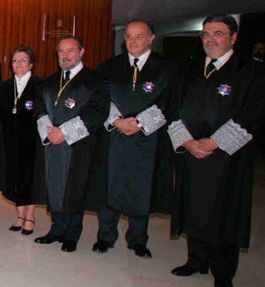 As a result, Mamoun Darkanzali, a man who has been accused of financing terrorist groups by the Americans and by the Spaniards. It is, as we said at the time, unfortunate that the Karlsruhe court, having threatened to insist on German constitutional sovereignty on various issues, it finally decided to dig its heels in, so to speak, over the issue of a putative terrorism financer.

At the time, the Spanish courts threatened to retaliate and that is what they have done. According to EurActiv,

“Spain has now hit back. One of its highest courts has indicated that in respect of German extradition requests, it will no longer use the EU procedure,but will revert to the old long-winded rules. If Germany does not present the correct paper-work within 40 days, said the court, it will release prisoners. Around 50 people currently held in Spanish jails are under extradition requests from Germany.”

So much for European co-operation.