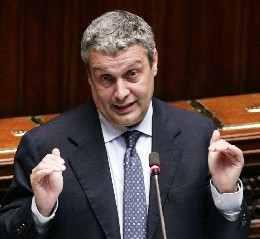 Italy, he tells us, faced the risk of further credit downgrades after its finance minister resigned yesterday just days before unveiling the new budget, protesting that he was "scandalised" by the conduct of his own government.

This is Domenico Siniscalco (above), a Cambridge economist and technocrat, recruited to tackle the country's dire finances. He is saying that he is throwing in the towel after 14 months because it was impossible to get anything done. The last straw was his failure to unseat Italy's central bank governor, Antonio Fazio, caught on police surveillance tapes conspiring with private bankers to block a Dutch take-over of Italy's Banca Antonveneta.

With delightful candour, Siniscalco has called the governor an "institutional monster" clinging to his job despite the ruinous effects on Italy's reputation. The two men were scheduled to share a table together at this week's IMF meeting in Washington after avoiding each other since the summer.

He also launched a blistering attack on the "economic dilettantism" of premier Silvio Berlusconi, who faces re-election within months. "I'm resigning because of the government's absolute paralysis. The problem is not so much Fazio but the fact that nobody seems able to resolve the problem. It's not that I'm bitter. I'm scandalised," he told Corriere della Sera newspaper. 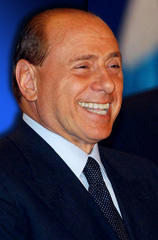 Clearly, this is a seriously frustrated bunny talking because he goes on to say: "I have talked to Berlusconi about the budget and the bank since August but to no avail. I tried everything - front door, back door, from below - nobody can say I didn't try. It's true that I lost but so has the country."

His abrupt exit, which Ambrose describes as "lending an air of fin du régime to the Berlusconi government", is slated to prove the death-blow to plans to slash Italy's soaring budget deficit in 2006 with cost-cutting reforms. Mr Siniscalco had pledged to break with Italy's tradition of fiscal legerdemain and one-off tricks, offering €21billion (£14billion) in real cuts.

Fitch credit rating agency said it now feared a "budget blow-out" as Rome moved into electoral mode, putting the country's AA rating at risk. It has been on negative watch since June. The agency said the national debt is already forecast to rise from 106.9pc of GDP last year to 109pc in 2006, but could now start galloping upwards on a dangerous trajectory.

Furthermore, the IMF warned this week that the deficit is likely to reach 5.1pc next year, with growth of just 1.4pc after zero in 2005. And Vicenzo Visco, an ex-finance minister, also puts the boot in. He says the real reason for the resignation was the melt-down of Italy's public accounts. "Fazio is an excuse. The truth is that he couldn't put together a budget and couldn't allow this stain on his record."

Not to be outdone, HSBC has warned in a recent report that Italy is in grave crisis and may be forced out of the eurozone, chiefly because its has failed to kick its inflationary habits since exchange rates were fixed irrevocably a decade ago. Unit labour costs have soared compared to northern Europe, leaving Italy trapped inside the currency bloc with an exchange rate over-valued by some 20pc. HSBC said Italy's export performance was "truly appalling" and likely to get worse.

Amazingly, the EU has so far backed away from a major clash with Italy over its breach of the Stability Pact's 3 percent limit, responding to good faith pleas from Mr Siniscalco for more time. However, Ambrose now thinks that Brussels will almost certainly take a much tougher line if budget discipline now appears to break down altogether.

For the moment though, City Comment has the last word. Italy has failed to adapt to the rigours of the euro, it writes, losing 40 percent in unit labour cost competitiveness against Germany since 1995. It continues to lose 3percent a year. Anybody who thinks Rome has the self-discipline to take the hard way out of this crisis - by wage deflation - must be joking

And this is the basket case that forms part of the wonderful construct of the European Union at the heart of which Mr Blair so much wants us to be. Strewth.