A mystery man in the race?

As the Conservative leadership race enters into its cliffhanging finale, Tory Right-wingers, we are told by The Daily Telegraph, are planning to unveil a surprise candidate. We are also told that this could destabilise the campaign of front-runner David Davis.

One thing for sure, there are at least 20 mainly Euro-sceptic MPs who feel unable to back any of the front line candidates and these have been holding secret meetings to devise a policy agenda and consider who should lead them.

One of the MPs involved told The Daily Telegraph that a set of principles behind which the group would unite - including a hard line against European integration and policies aimed at helping the poorest in society - would be announced within days. When published, readers might find that one part is not terribly dissimilar from this and this.

One surprise though is The Telegraph reporting on speculation that Michael Ancram, the shadow defence secretary, might become the Right's standard bearer. Ancram himself has refused to comment, but has positioned himself as a firm Eurosceptic and recently made a speech critical of Ken Clarke.

Nevertheless, Ancram's Euroscepticism has not extended to speaking out against the current wave of European defence integration, and he has recently expressed his satisfaction with the "bi-polar approach to defence collaboration with both European partners and the US", not apparently realising that this is no longer a realistic option. This might also suggest that his Euroscepticism is only skin deep. 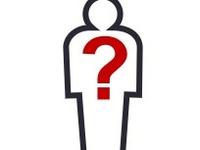 Thus, far from Ancram being the standard-bearer, we may see a "mystery man" emerge to take the shine off Davis, who is already distrusted by "many hard-line Eurosceptics" for his role as a whip who helped to force through the Maastricht Treaty and as Europe minister under John Major.

Today, however, we are told that Davis will seek to reassure Tory MPs of his Eurosceptic credentials in a speech on foreign policy in which he will call for a "new model for Europe". This supposedly will “allow Britain to promote its own national interest.” Davis will also reject Mr Clarke's claim that the proposed EU constitution is dead, declaring: "The euro may be failing and unpopular and the European constitution in cold storage, but the drive towards integration, centralisation, bureaucratic intervention and one-size-suits-all policies is set to continue.''

However, the arrival of a new candidate – whoever he might be - will create a new element of uncertainty in the contest. The view among senior Tories, says The Telegraph, is that a third of the party's 198 MPs remain either genuinely undecided or are refusing to say who they will support.

And while Davis remains the front-runner, claiming the support of 48 MPs with suggestions that a further two dozen are poised to back him, his recent canvassing efforts, it seems, have alienated potential supporters and his actual support may be a good deal less firm than is indicated by the figures.

With supporters of Ken Clarke admitting they were "frustrated" that more MPs had not yet come forward to endorse the former chancellor, we could possibly, at last, be in for an interesting contest.