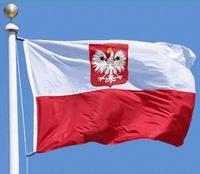 According to AP, exit polls are indicating that Polish voters - as expected - have ousted the scandal-prone, left-wing government of Prime Minister Marek Belka, giving a majority to two center-right parties that promise tax cuts and clean government.