Tanks for the memory 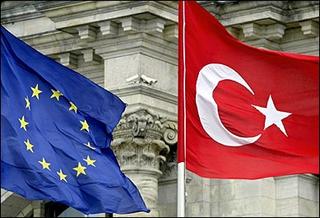 As the tortuous progress towards the Turkish accession talks grinds its way across the political agenda, with the deadline set of 3 October when the parties sit down for their first set of formal talks, the signs are not looking good.

Basically, the European Union does not want as a member a Muslim state of 90 million inhabitants, with a GDP that would drive a coach and horses through the CAP. But, such is the momentum of talks, and the political ramifications of framing an outright rejection, that the European politicos dare not tell Turkey that the deal is off – that it never has the remotest chance of being agreed.

Instead, we are seeing complex technical "difficulties" raised at every stage, not least to do with the situation in Cyprus, where declarations and “counter-declarations” are flying about, matched by accusations and counter-accusations about whether the EU has acted with “good intentions”.

Throughout all this, however, it is a given that Turkey actually wants – or intends to – join the EU but, once again, when you look at the situation on the ground, things do not look quite as certain as they appear. 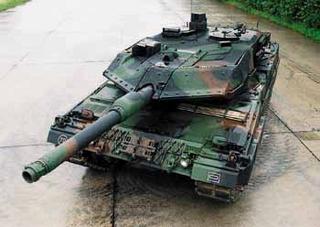 In a strongly militaristic society, one clue is to look at what happened last year, immediately after the parties had agreed to start accession talks. As reported at the time, a story immediately emerged that the German government was looking to sell Turkey several hundred of its Leopard 2 tanks, surplus to Bundeswehr requirements.

Somewhat giving the game away, German defence minister Peter Struck said that the progress Turkey has made on opening negotiations to join the European Union mean arms sales should no longer be a taboo subject, but it was not to last. Only days later, on 18 October 2004, Turkey's foreign minister, Abdullah Gül, denied the reports that Turkey wanted to buy the tanks.

Nevertheless, the arms brokers of Europe have been beating a path to Turkey’s door, and there were strong hopes that she would buy the Eurofighter. But not only has that sale not materialised, it is now looking extremely remote. Instead, Turkey has done a deal with the United States to upgrade its fleet of 218 F-16 fighter jets, which are being modernised at a cost of nearly $4 billion, on top of which Congress is about to authorise the sale to Turkey of $35 million of air-to-surface weapons for the fleet, pending sale of the F-35 Joint Strike Fighter, deliveries of which are expected in 2012.

As for the tanks, in DefenseNews this week, the Turkish government has decided that its own industries should build its own third-generation main battle tanks. It has commissioned a consortium of three private armoured vehicle makers to draft a feasibility report on the best way to advance the $10 billion-dollar programme.

The magazine reports that a defence analyst in Turkey says the decision to go ahead "will be more strategic than commercial", but it will also be political. In that we have seen in UK defence procurement policies, a move towards closer European integration, the policies in Turkey now seem to point in the opposite direction. Should the accession negotiations fall apart, therefore, it will be no surprise, leaving Turkey only to say, "tanks for the memory".