According to The Times this morning, the TUC has backed a motion rejecting the EU constitution – amid fears that it could be resurrected in some form next year. Supported by the General Council delegates at the annual TUC conference also opposed the services directive, on the grounds that it would allow migrant workers to be paid in line with average wages in their own countries, triggering a "race to the bottom" for pay and conditions.

Although the focus is primarily on the constitution – and it is interesting how even the unions do not believe the thing is dead – unease over the EU spreads far wider than this specific issue. 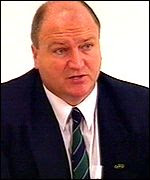 The sentiment is summed up by Bob Crow, general secretary of the RMT, who told the conference yesterday that a revived constitution would create "a European superstate that backs big business to privatise the services". He said that the majority of people did not want public services to be operated by the private sector and that their future should not be controlled by "an unaccountable central bank".

The Times sees this "new-found hostility to Europe" as a "further blow to ministers. Who are currently struggling to revive Britain’s ailing presidency of the EU".

Be that as it may, the fact of the matter is that the unions are simply reverting to type. They were, for instance, the main focus of opposition during the 1975 referendum campaign and it was only in 1988, at the behest of Jacques Delors – then president of the commission – that the TUC cast its weight behind the "project".

Interestingly, one driver behind the conversion was opposition to the Thatcherite privatisation agenda and a feeling that, in the absence of a Labour government, the EU would have to provide the counter-weight. Now that a Labour government is in power and has been so for over eight years, the traditional hostility to the EU has re-emerged.

However, those who might be tempted to cheer this development would be advised to be more cautious. It was the opposition of the unions and the Left that was instrumental in convincing the majority to support Britain's continued membership of the (then) EEC in 1975. By and large, union support is more a hindrance than asset to the Eurosceptic movement.

Nor can anything be inferred of the EU's politics from the TUC's opposition. Although privatisation – or "liberalisation" – may be central to the Commission's objectives, theirs is no Thatcherite agenda. The many woolly Tories who believe it is should recall that it is not necessary to own something to control it. Mere transfer of ownership, without transfer of control, does not amount to very much.

Thus while – particularly in the context of utilities such as the electricity supply industry – the EU may be seeking "liberalisation", its regulatory controls mean that that industries so "liberated" are far from free to chose their own destinies. In fact, what the programme is really all about is the detachment of essential industries from their national bases and their eventual reformation as trans-national entities, under the regulatory control of the EU. This is why, of course, the commission takes such an interest in cross-border mergers.

The TUC opposition to "privatisation", therefore, is almost certainly misplaced. To be intellectually consistent, the "brothers" should actually support the EU's agenda, as a bastion against what they consider to be the depredations of capitalism. Their newly resurgent opposition is – in their own terms – the wrong thing for the wrong reason. But then, whoever expected trades unions to be either consistent or intellectual?

Being neither, their current opposition to the EU is of little relevance and their conversion is no great assistance to the wider Eurosceptic cause.