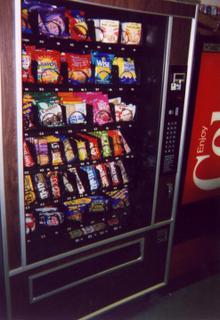 Quentin Peel in the Financial Times today laments the failure of the British EU presidency and then expands his cri de coeur to address the more general malaise of the EU. The trouble is, he writes, that there is a failure to debate the issues of Europe at a national level. He adds:

On that score the British are as bad as any. National parliaments are divorced from EU decision-making. This was a vital issue the constitution sought to address. It also tried to make the Brussels institutions more open and transparent. Now it is said these questions should be dead and buried. That is absurd. Democratic legitimacy and economic reform are inextricably linked. You cannot have progress on one without the other.

But there is more to it than that. Inherently, like it or not, the subjects dealt with by the EU are not those that engage the "man in the street". Even those which hold a glimmer of interest to the handful of people who have wider interest, the repetitive "drag" of the same issues, coming up again and again, do create some difficulties.

Looking at my evening Google Alert on the EU, for instance, the first item up is a piece about how the EU "can do more to block an Iranian bomb". Yawn… been there done that one, and the story is going nowhere for the moment.

Then we have the latest spat over the Turkish accession talks, the number two story covering the European Parliament decision to demand that Turkey acknowledges its Armenian "genocide" ninety years ago. Sorry, there are not going to be many people interested in that – it was ninety years ago, for goodness sake. And as for the Turkish accession… well, it ain't going to happen.

Maybe I can elicit a flicker of interest in the fact that Schröder is refusing to give up the chancellorship just yet, and has told Britain that he will represent Germany at the EU summit next month. Er… so what?

Well perhaps I could interest you in the reaction of the Tamil Tigers in Sri Lanka to the decision by the EU to impose sanctions on what it regards as a terrorist organisation? I suppose it is something one ought to be interested in, but…

Ah, how about the FT story on… "The failure by many member states to tackle their budget deficits is not just a sign that the EU's half-hearted structural reforms have failed to boost growth". Er… no. EU member state deficits? Now tell me something new.

Here's something, the Basle II regime has been ageed by the European Parliament… or the Parliament agreeing to minimum rules on compensation for railway delays? Yea, yea… I know, this will do it: EU energy chief – by the unlikely name of Andris Piebalgs – is going to warn on oil prices. Whoopee do…

So there’s your problem, Mr Peel. Frankly, the EU is just, er… well… boring. Now, did you know that Ruth Kelly is going to ban vending machines selling chocolate, crisps and fizzy drinks, under moves to outlaw junk food in schools… there's a real story for you.