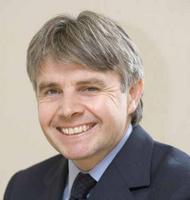 According to DefenseNews (online), Britain is preparing to share with allies the conclusions of a critical defence industry strategic review. This is the review by Lord Drayson (left) announced by the Financial Times and discussed on this Blog in mid August.

At the time, the Financial Times reported that the review would determine what weapons technologies should be maintained in the UK and which can be ceded to foreign suppliers. The review, said the FT, could lead to a fundamental reshaping of the nation's defence industry.

That "reshaping" now looks a lot closer, with DN reporting that France is greeting the offer with enthusiasm, "raising the possibility of wide-ranging European co-ordination of defence spending and research." By year's end, it adds, the MoD intends to produce a short list of strategically vital industrial skills and capabilities that must be retained by U.K. firms (and, therefore, those that can be divested).

"We think it's important that the conclusion we reach we share with our key industrial partners and our key international collaborators, including Europe and the USA," said Drayson, speaking to a British Defence Manufacturers Association dinner on 15 September.

The thinking is that Drayson is signalling "London's willingness to co-operate on a long-term spending map for research and production." In his speech, he advised that: "The MoD and industry need to think carefully about where and how we match competences or disinvest from areas compared to the allies." Sectors under study include shipbuilding, ship support, fixed-wing aircraft and unmanned aerial vehicles, rotorcraft, guided weapons, general munitions, armoured fighting vehicles and others.

Now, it appears that France is also keen on the idea of strategy-sharing. Drayson's French counterpart immediately reciprocated by offering a look at Paris' own capability review. "I would like to compare the surveys to better co-ordinate our research investments and cut down duplication," said François Lureau of the Délégation Générale pour L'Armement (DGA). (Translation: we would love it if the British stopped building weapons and bought more from us.)

Lureau went even further, suggesting sharing such information with Germany, which is engaged in a similar study, and envisioning wider European coordination on research.

Drayson, who met Lureau during the Defence Systems & Equipment International show in London last week, says the warming ties with France is part of a trend toward regional cooperation. "It's a sense of a growing development of the European dimension and collaboration within Europe," he said.

Crucially, DefenseNews is speculating on the effect this will have on UK-US relationships. Drayson says he has already discussed his plans with top officials on both sides of the Atlantic. "It's about the evolution of that partnership in terms of the European direction, but that is not to suggest there is any diminution in terms of in the relationship with the US," he claims, then adding that "difficulties with US technology transfer would affect the review."

Britain's leading defence companies have recently submitted a paper on the international aspects of defence industrial policy to the powerful National Defence Industries Council, which is headed by defence secretary John Reid. According to sources who have seen the document, it says that the US tech-transfer concerns underline the benefits of more collaboration with European firms.

One wonders whether the EU is deliberately "stoking the fire" on collaboration with China in order to create problems between the UK and UK, thus sucking the UK further into the EU camp.

Steven Den Beste, commenting on our forum in relation to this morning's piece about Galileo, reminds us that, for the last several years, Tony Blair has been trying to position the UK as a bridge between Europe and America, friend to both, the bridge across the "growing Atlantic Rift."

"Probably is that the rift is rifting further and further," he writes, "and soon the UK is going to be forced to make an either/or decision between them. Blair can't have it both ways, because neither the Europeans nor the American will ultimately let him."

The Tories also believe in a "bi-polar approach" to defence collaboration with both European partners and the US but Steven Den Beste has judged the situation correctly. But it looks as if the decision has already been made. The sell-out continues.