Giving up on Kyoto 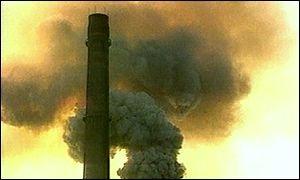 Having acquired almost iconic status, and become a useful stick with which to beat president Bush, it seems that the EU itself is planning to give up any attempt at following through the Kyoto agreement when it expires in 2012.

According to Reuters, EU environment commissioner Stavros Dimas, in Ottawa for an informal meeting of environment ministers, told reporters that the Union did not expect a binding agreement to emerge from major talks designed to find a way of replacing the Kyoto climate change accord

The talks are to be held in Montreal in late November and Dimas is recognising the reality of global environmental politics, saying: "I would like to have an agreement (on future cuts) in Montreal but that's unrealistic."

This reflects statements made last week by Canadian officials, who have also been saying that they did not expect a breakthrough in Montreal. Instead, talks are to focus on finding common ground between Kyoto signatories and those nations which did not commit to the accord's cuts.

"The best we can realistically aim at is agreeing to start negotiations for the (period) after 2012," says Dimas. It is almost getting to the match the Cold War era where, at the height of the tension, often the best negotiators could achieve were vague commitments to “talks about talks”. At this rate, Montreal will be producing more emissions than collectively, the Kyoto signatories aimed (but have spectacularly failed) to cut.