Of meps, mups and mps 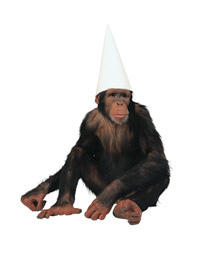 I enjoyed the particularly egregious example of MSM "fact checking" this morning, with The Times report on the Lib-Dim conference – see left. The leadership was "defeated over Europe" and Greg Hurst, it seems is telling us that "MEPs were accused of giving Brussels a balnk (sic) cheque in a row that threatened to split the party".

Anyone can make mistakes, of course, as do we, many times. However, this is not the lib-dims' problem. They are not so much in the business of making mistakes. They are the mistake, as Hurst's story makes very clear.

"Attempts," he writes, "by the Liberal Democrats to boost their credibility suffered a blow yesterday as the party's meps threw out an attempt to back curbs on European Union spending." The issue was a one percent spending cap on the EU budget "until reforms were in force", opposed by Chris Davies, leader of the 12 lib-dim meps.

The mps then attacked the meps, telling the conference that they – the meps, that is – were pandering to an "ostrich tendency" and being self-indulgent. The meps retaliated by saying that they would break away from the mps unless the leadership's position was overturned and a councillor from Cardiff said diluted enthusiasm for pressing forward the European Union "would be betraying its (the party's) principles and mortgaging the future of Britain."

Mr Cable, one of the mps, then told the lib-dims that it was not enough to parade their pro-European credentials to each other; they had to convince a sceptical electorate. But delegates voted on a show of hands for an amendment deleting any reference to the one percent cap and putting no figure on the EU's budget.

And why am I writing all this? I dunno. Who gives a tinker’s cuss what the mps and mups (sorry, meps) are squawking about? Who are the lib-dims anyway?