Taking the 'special' out of the US-UK relationship 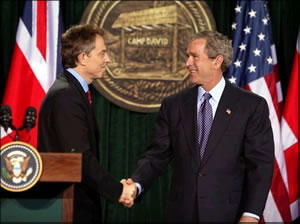 “For nearly a century, the United States has had no more militarily potent and reliable ally than the United Kingdom. From the First World War to the current conflict in Iraq, the U.S. and U.K. have operated intimately and with unprecedented success in numerous theaters under diverse conditions.”

So begins an admirable summary of the paper, "The Wrong Side of the Hill - The 'Secret' Realignment of UK Defence Policy", to be published by the Centre for Policy Studies in two week’s time, the summary itself published on the Center for Security Policy website. A pre-publication version of the paper can be downloaded from this site.