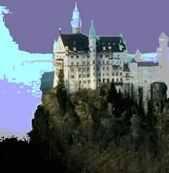 Were Franz Kafka writing today he would probably choose to live in Brussels, says the Observer column of the Financial Times. It is not just the many bewildering institutions, procedures and bureaucratic measures that would be grist for his mill, but the way it handles troublesome eurocrats.

A European Commission official, it tells us, has been placed on sick leave for more than a year after its medical service suggested he consult a psychiatrist. This after he complained about being passed over for promotion. The man, whom Observer calls "Mr K", has obtained four opinions from doctors testifying as to his sanity but has been told these are inadmissible as the service only deals with doctors on its approved list. K has not been allowed to see his medical file because of data protection and confidentiality rules.

Paul van Buitenen, a former EU auditor who was forced out after making fraud allegations and is now an MEP, has taken up the case. "It seems to me that in this instance the Commission is violating the most fundamental rights of an official in its unstatutory abuse of the remit of the institution's medical service," he said in a parliamentary question. "The official has always had favourable staff reports and assessments from his superiors, up to and including this year." Siim Kallas, administration commissioner, replied this week, saying: "No communications are made relating to individual staff issues."

K has now taken his case to the European Court of Justice, which has jurisdiction in staff matters. A hearing date has yet to be set. That continuing case made it inappropriate for the Commission to comment, Kallas said.

Mind you, you cannot fault the Commission's logic. Bearing in mind the experience of van Buitenen – and others – anyone who complains to the Commission definitely needs to see a psychiatrist.