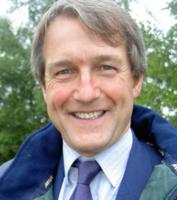 A collection of essays has been published by a group of Conservative MPs which calls itself the Cornerstone Group. It is, says the website designed to make a case for a proud, authentic Conservatism that can revive Tory Britain.

In fact, the essays constitute both a manifesto and a challenge to the MPs currently putting themselves up for the Tory Party leadership. Upon how they react will the Group decide their support and it is hoped that other Conservatives MPs will follow the lead.

It includes a requirement for a renegotiation of Britain's membership of the European Union, radical reform of health and education. and taking millions of low paid workers and pensioners out of tax, plus much, much more. The essays can be downloaded here and the ones particularly to look for are those written by Owen Paterson (pictured above) on pages 36-52. Owen's own press release, with the essays, can be seen here.

If support for the manifesto not forthcoming, the Group may consider putting up their own candidate.