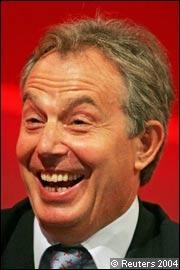 The papers are full of it today, the Blair speech – all 5,427words of it. The Daily Telegraph was even kind enough to publish the whole transcript on its website, for those brave enough to read it – and for those who could not bear to watch the delivery.

But, whatever the reviews, good or otherwise, no one seems to be remarking that standing before the conference was not only the prime minister and leader of the Labour Party but also – and for a few months yet – the holder of the EU presidency.

Yet, eight years on from when Blair was going to put us at the "heart of Europe", this time the dog did not bark. Noticeably absent was any high-flown European rhetoric, the best he had to offer was this passage:

Nations, even the largest, need to work together for their common good. Isolationism is as backward as protectionism. For a country the size of Britain, there is no securing our future without strong alliances. When I became Prime Minister I took a decision: always be at the forefront where decisions are made not at the back where they're handed down.

That is why at every point, no matter how difficult we remain strong partners in Europe. By all means let us fight for reform in Europe; but to isolate ourselves from the world's largest commercial market in which over 50 per cent of our trade is done, is just a crazy policy for Britain in the 21st century.

This is hardly a ringing endorsement of the EU. More like it is a grudging acceptance of the status quo, a surly recognition that we’re in the damn thing, so we might as well make the best of it. No Europhile could have walked away from that conference and proclaimed that here was a committed European. Nor would they have liked the bit that followed:

Britain should also remain the strongest ally of the United States. I know there's a bit of us that would like me to do a Hugh Grant in Love, Actually and tell America where to get off. But the difference between a good film and real life is that in real life there's the next day, the next year, the next lifetime to contemplate the ruinous consequences of easy applause.

I never doubted after September 11th that our place was alongside America and I don't doubt it now. And for a very simple reason. Terrorism struck most dramatically in New York but it was aimed then, and is aimed now, at us all, at our way of life. This is a global struggle.

So, the Blair policy is still one foot in the European camp and the other foot in American, still the stale old Foreign Office paradigm that does not seem to recognise the shift in global alliances, the emergence of the Anglosphere, the growing power of Australia, India and the rest.

He talks of his "campaign for justice in Africa", the "push for peace in Palestine", acting against global warming and fighting behind the standard of democracy in Afghanistan, Iraq (tucked in with the rest), Kosovo and Sierra Leone. These, says Blair, are each a "progressive cause". Britain in these last eight years has been at the front, he says, not always succeeding, but never a spectator.

With this it comes clear. He is rooted in the past, in the last eight years of his premiership. He has no "vision", nothing for the future, no initiatives. This is a man who has run out of ideas. 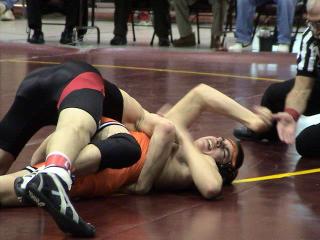 Given a strong opposition, this would become increasingly evident, and all too soon it would apparent to the nation that Blair was running on empty. But there is no opposition. The final legacy of Howard has been to condemn the Conservative Party to five months of navel-gazing, and now that the famous leadership contest "reform" has failed, there are at least three more to follow, with then the final, undignified contest (caught here - above).

But then, so far, the candidates have not offered anything exciting. They lack vision, lack initiatives and have nothing for the future. They too are running on empty. As a nation, ill-served by our politicians, we are in a bad way.