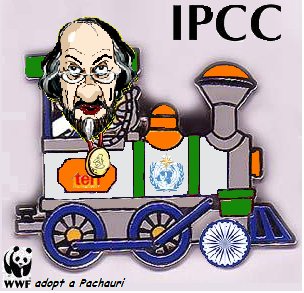 No-win, no-fee deals are to be scrapped under a radical shake-up of the courts to stop "ambulance-chasing" lawyers from cashing in on frivolous cases.

Justice Secretary Ken Clarke announced yesterday that he will scrap lucrative success fees which allow lawyers to double their bill at the expense of the person or organisation that loses the case.

But it isn't only ambulance chasers. It was also libel chancers, like Rajendra Pachauri, who exploited the system in order to conceal his lies.

The gravy train is running into the buffers now ... too late – and oddly, it will prevent me having a go at Moonbat, unless I can sneak in before the barrier drops. The PCC rules today on Amazongate and I should hear within a day or so. I am not confident, but it will be interesting to see how they rule.