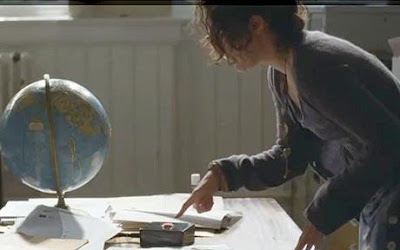 Unfailingly, you get to the point where you think an organisation has reached rock bottom and get no worse, when it confounds your expectations and plumbs hitherto uncharted depths. Such is the role of The Daily Telegraph today, with its unbelievably awful article by Anita Singh, "Showbusiness Editor" on what is now being called "splattergate".

Singh, as befits her calling, chooses to see the affair through the lens of celebrity writer/producer Richard Curtis, recording that he has "pulled off a publicity coup for the climate change cause by making an internet film about blowing up children then withdrawing it almost immediately because it was too gruesome."

Of all the ways one could describe this affair, this is perhaps the one way I could not even have dreamed of. For a parallel, in inanity, try "Adolf Hitler has pulled off a publicity coup for the white supremacy cause by setting up a chain of concentration camps that is so awful and barbaric that the Allies have had to send troops in to close them down". 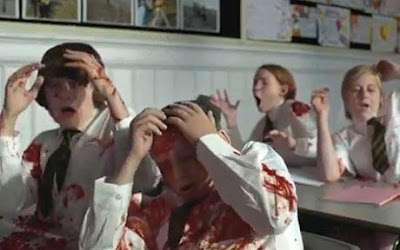 The Daily Telegraph war correspondent of the time records the Allied Forces spokesman, who states: "We have discussed our decision with Adolf and he is happy for the concentration camps to be closed down". In a separate statement, Mr Hitler said: "Many people found the camps a useful and rewarding experience, but unfortunately some didn't and we sincerely apology to anybody we have offended."

I exaggerate only in extent, not in principle, the Telegraph's wholesale misjudgement being compounded by its putting Singh's story on the front page. This is only very slightly mitigated by the paper publishing a wiffly comment piece from Vicki Wood.

But, if this paper is unbelievably awful, what of the rest? By any measure, this is a major domestic story – as the huge coverage on the blogosphere will attest – yet apart from The Guardian and its online coverage, there has been silence from most of the MSM.

Of late, I have been reluctant to push the idea of a growing divide between the MSM and the blogs – not least because I occasionally have to good fortune to write for the MSM (and need the money) – but it is on issues like this that the divide is most apparent. And, although I say it myself, the blogs are making the running on this one, leaving the MSM floundering like a stranded whale.

Talking of which, does anyone know if The Times still exists? Rumour has it that it that there was once a newspaper of that name.