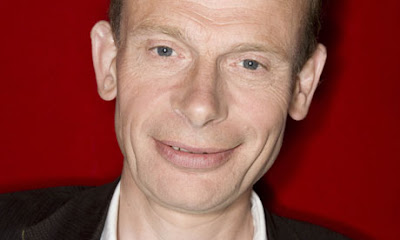 I discovered a new database yesterday which, for a relatively modest fee, gives me the wartime editions of the Daily Express, the Daily Mirror and The Yorkshire Post. As you can imagine, for me it is like Christmas came early, and I spent most of yesterday "unwrapping" my presents.

Actually, it was a crap day. There are some nights when, for no apparent reason, you cannot sleep. With an early start to give a BBC interview, I sort of dozed off by four in the morning and was up at seven. At my brightest I was not, so mechanical tasks was about it.

Perhaps being semi-comatose was just as well, which meant that the comments by that slime Andrew Marr about blogging almost floated by – almost, but not quite. What a seriously low-grade shit that man is.

Anyhow, yesterday was a day to forget. Today's another day ... and the treadmill awaits, as I daub my pimples, rub my cauliflower nose , inhale the damp in my mother's basement and contemplate the view that "... the so-called citizen journalism is the spewings and rantings of very drunk people late at night"

What a total schmuck he really, really is. But at least I had my database to play with.