It's the morning after 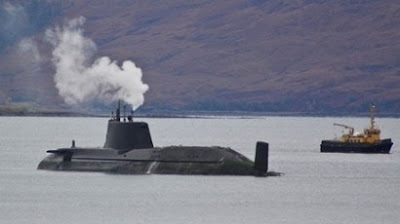 ... Trafalgar Day. So the Royal Navy celebrates by grounding a £1.2 billion nuclear submarine. Here's one theory as to why it happened. My theory is that the navigator was distracted by trying to change the battery on her iPod. It's a little bit worrying, though, that we're going to buy even bigger boats for them. Perhaps it's just as well we're not buying aeroplanes as well and instead donating the money to the jungle bunny carbon fund.