Treating us as if we were morons 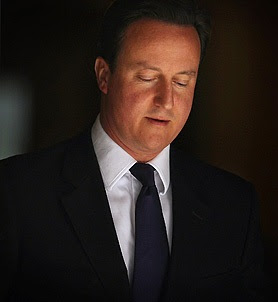 Do our politicians really think our memories are so short that we cannot remember how little the economy played in the general election campaign, and how reluctant both major parties were to talk about "cuts"?

But now with the election safely out of the way – as we always knew they would – we have The Boy poised to tells us that things are "even worse than we thought" and draconian cuts must now follow.

If the Cameron and his little mates are genuinely taken aback by the size of the deficit and its effect on government finances, then they can be the only sentient people in the whole of the UK to be thus afflicted. Booker put the position with utmost clarity on 10 April, then noting the reluctance of the parties to talk about the issue.

So, with weary predictability, we must watch the politicians go through their little charades and pretend how shocked they are, and then listen to them tell us how they are going to sort it all out. And maybe this lot will do a marginally better job than the last lot – or maybe not.

One does, however, wish they would not treat us as if we were morons. It is not possible to be as stupid as these ghastly creatures make out and have enough brain cells to stay alive. After all, no one but a politician could seriously argue that things are "even worse than we thought" and expect people to keep straight faces.