Statements of the obvious 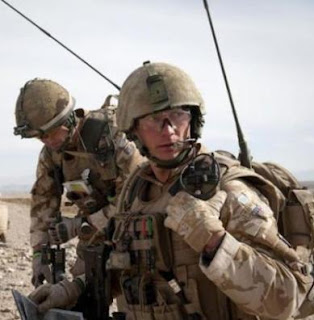 Having started the day yesterday at four in the morning, to catch a train to get to London for a meeting starting at nine, and then to catch the 11.30pm back to Leeds, falling into my pit at three this morning, that has given me a comfortable 23-hour day.

Under the circumstances, blogging is not going to be totally coherent for a little while – which possibly makes for an improvement. Nevertheless, a quick comment on this piece in The Times is irresistible, especially in view of the post I wrote here.

In my piece, I remark on the parallels between the conduct of the French campaign in IndoChina and the current fight in Afghanistan, noting the propensity to under-estimate the enemy. With that observation in mind, we now read in The Times of a "two-month investigation" which includes interviews with 32 senior military, political and Civil Service figures.

It "reveals" that there was deep disquiet over the handling of the mission from the start, with top ranks within the MoD and other Whitehall departments accused of – in particular - "grossly underestimating the threat from the Taleban".

But you didn't need two months and 32 interviews to tell you that. It was obvious from the public statements of the players, the press reports and observations of tactics and equipments. And it was obvious years ago when we could see that the Taliban was losing the conventional battle and would turn to the IED as the weapon of choice.

Other failures claimed were, " ignoring warnings that planned troop numbers were inadequate" and "offering only the military advice they thought ministers wanted to hear", the latter often involving second-guessing the minister's preferences and getting them wrong – assuming the minister wanted to hear good news when, in fact, he was struggling to get unvarnished opinion.

Most damning though is the observation from a senior serving officer who asked not to be named. He said of the planning stage: "There was institutional ignorance and denial. We who had bothered to put a bit of work in and had done the estimate realised that we needed much more than we were being given."

Another source said that the military was pushing hard for the mission despite warnings that preparations were inadequate. "The advice to ministers grossly underestimated the risks," he said. "The few people who were doubters were either too cowardly or too cautious to say what they really thought."

That may be true, but only within the military. Outside the loop, there were people warning of the risks, and what was needed. But they were ignored and, years later, we get a popular newspaper making statements of the obvious. It is a pity, really, that it wasn't saying these things four years ago.

And yet, some people (pictured) still think we're winning. Could they possibly be right?