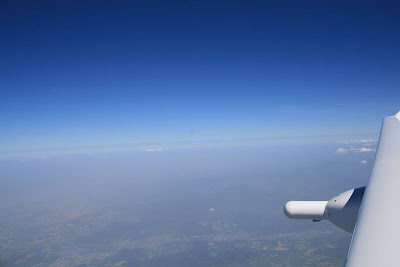 The quango queen Deirdre Hutton has rushed into print this week in the letters column of The Sunday Telegraph. This is the lady who as chair of the CAA earns £130,000 a year for a two-day week and, clearly mortified at being outed by Christopher Booker in last week's column, is exercising her "right of reply" after being accused of defending the "hopelessly flawed system" used by the Met Office to monitor volcanic ash in UK airspace.

For the annual £130,000 she claims from the taxpayer, though, you would think that we would at least get a higher standard of rhetoric for our money, but not from this lady. She delivers the same low-grade garbage that we get from any one of the hundreds of thousands of over-paid apparatchiks.

Booker, for instance, wrote that "it has now been confirmed, at great expense, by the airlines themselves, that the closing down of Europe’s air traffic thanks to the Met Office computer was wholly unnecessary." But Hutton translates this into a claim that Booker has stated that UK airlines have now "confirmed" that there was never any ash in UK airspace.

Actually, what Booker did say was that, Willie Walsh – British Airways CEO - said after 8,000 engine tests, "there was no ash". I knew what he meant, but then I'd written my own piece – headed "look – no ash!" - based on this piece in the Wall Street Journal, referring to the absence of ash found after engine testing, the "8,000 engine tests" to which Booker refers.

Alright – he could have been more specific, but Booker's problem is that he is always tight on space, trying to cram as much in as possible. That granted, there is no way that Booker actually wrote that there was "never any ash in UK airspace". This is an invention by Hutton, every bit as - if not more - inaccurate than the inaccuracy of which she is complaining.

But then, when you are "above the line", you can get away with that sort of dishonesty, making out that criticism is ill-judged. And this she hones to a fine art with the main paragraph of her letter, complaining that Booker "repeats the myth that the Met Office relied solely on a computer model to plot the position of ash clouds and assess density levels." She writes:

During the crisis there were repeated test flights across Britain of specially equipped aircraft. The Met Office also used other tools, such as satellites, radars and ground-based lasers. The Met Office do use a dispersion model which, far from being a "hopelessly flawed system" is endorsed by the meteorological community.

What Booker had written, though, was this:

The problem was that the official bodies responsible for air safety, including our own Civil Aviation Authority, had concocted a crazy new system which relies solely on the UK Met Office's modelling of the direction of winds around Europe, without at the same time providing any means whereby specially equipped aircraft could be used to measure the density of the ash and thus whether it posed any genuine risk.

And it was that one word, "solely" that gave the dreadful Deirdre her entrée. Yes, they do use satellites, which give visual confirmation of the most dense parts of the plume, and they use ground-based lasers. These, though, are few and far between, don't have standard calibration, don't extend vertically beyond 10,000 feet and cannot penetrate cloud. As for the radar – it doesn't work. Thus, if only Booker had written "mainly" rather than "solely", he would have been covered.

As for Hutton's claim that there were during the crisis "repeated test flights across Britain of specially equipped aircraft", this is – to say the very least – disingenuous. As this blog's readers know, there was initially only the ARSF Dornier 228, which was wholly unsatisfactory and quite unable to carry out the necessary density measurements.

And, while the airspace was closed progressively from the 16th April, it was not until the 20th that they got the much more capable FAAM BAe-146 up and flying, able to make the necessary density measurements. As I later recorded - that very day, the ban was lifted. 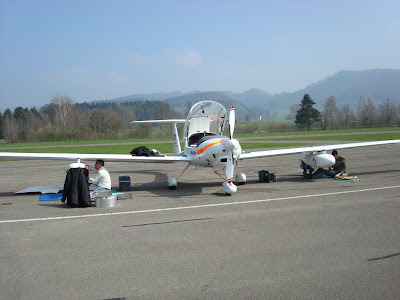 It now transpires that the Dornier was not alone in Europe in the early stages. From the 17th, there was also a powered glider, a Diamond HK36 MPP (Multi Purpose Platform), operated by Zurich-based MetAir, the Swiss airborne measurement company (pictured above).

Its results showed that the ash particle concentration was initially "remarkably high" and noticeably decreased visibility. But it was also found that the ash cloud lost altitude very quickly. When the measurement flights started, the cloud was at an altitude of 15,000 ft but only nine hours later it had descended to just 6,000 ft. 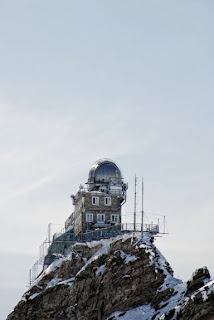 This powered glider was not only able to take photographs of the ash cloud (top - the thin band visible on the horizon), in conjunction with the Jungfraujoch research station in the Alps (pictured left), it was able to calculate the mass concentration of the ash particles in the atmosphere in order to compare the reality with the computer simulations made by London's Volcanic Ash Advisory Centre. The levels were found to be low: the regulators' choices would have been justified only if the maximum mass concentration of the plume was one hundred times the levels Jungfraujoch scientists measured.

It was these data, and data from Germany's Aerospace Centre, which sent up a twin-engine jet Falcon 20E to measure the ash aerosols and gases in the plume, that the German authorities used in determining that their airspace could be reopened for commercial flight.

Although several commercial airline companies had flown aircraft through the ash cloud to evaluate possible risks to aircraft, "there's a difference to seeing if a plane still works versus doing actual research measurements," said Jan Wörner, the German centre's chairman. And with the BAe-146 data, this forced the CAA to follow suit and re-open British airspace.

The way our Deirdre tells it though, everything was done for the best, in the best of all possible ways. That was very far from the case. The CAA, the Met Office and all the rest, got it wrong. Booker tried to say so and made a few small errors, which has allowed the CAA and its overpaid chair completely to misrepresent the situation. Hers was a dishonest response. That, by any measure, is also wrong.