All to keep the men in Brussels happy 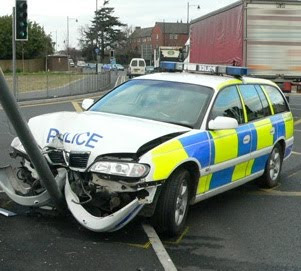 Tim Worstall has picked up the report in The Daily Telegraph on Sir Peter North's review.

This is the review of drink-drive laws ostensibly commissioned by the last government but in fact, as we all know – except, it seems, The Telegraph - a smokescreen to conceal the EU involvement which goes all the way back to 2004.

Before coming into office, the Tory component of the Cleggeron administration had said it was "not minded" to reduce the drink drive limit – one of the target requirements of the EU included in the North recommendations. But the current secretary of state has now been told who his bosses are, and is thus understood to be studying Sir Peter's recommendations (i.e., EU requirements) closely.

Why we have to go through these dismal charades, God only knows, except that the transparent deceit is plainly sufficient to gull the Telegraph's motoring correspondent, who seems determined to remain blind to the EU involvement.

Instead, we get him having Sir Peter saying that there is a "persuasive" case for cutting the limit, with an estimated that this could save up to 168 lives in England and Wales every year. That is a highly contentious guesstimate which takes no account of the distortions arising in policing priorities, as more man hours are devoted to drink-drive enforcement.

More could perhaps be achieved for less if efforts were made to reduce the annual carnage on the road caused by police drivers, with another two pedestrians killed yesterday by a speeding police car.

However, that would not afford the police the same opportunity to misuse their powers, nor display their usual level of obnoxiousness to the travelling public. It might also require police constables to take some responsibility for their own actions – to say nothing of their largely over-paid senior officers. And that will never do.

So, the "in Europe but not ruled by Europe" Tories look set to deliver another pile of grief in the name of public safety, all to keep the men in Brussels happy. And why are we not surprised?