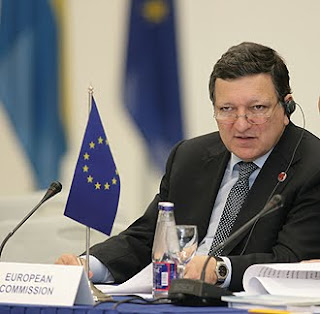 Once again, we can see that a crisis can accelerate decision-making when it crystallises political will. Solutions that seemed out of reach only a few years or even months ago are now possible. As the history of European construction reminds us it is usually in times like this, in times of crisis that we can make progress in the European project.

He is defining the "beneficial crisis" – but he could also be quoting Jean Monnet.

In fact, as we noted in a piece we wrote five years ago it was in 1975 that a Study Group on "Economic and Monetary Union 1980" observed that crises could be "the occasion of progress, by provoking a crystallisation of latent wills."

"Great things are almost always done in crises," it declared, an early exposition of the "beneficial crisis" doctrine. And, all those years later, Barroso is just repeating the mantras. You have to give the "colleagues" two things – they are consistent, and persistent.