They do not compute 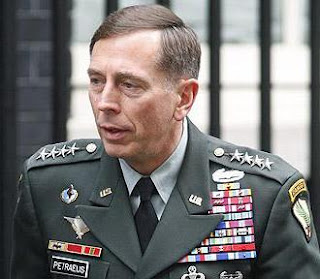 If one had to rank British media coverage of the Afghan conflict, my winner would almost certainly be The Independent - not that I agree with much of it, but at least they seem to be trying to offer a coherent picture (in so far as that is possible).

A significant contribution to that picture is a report today which tells us that Gen McChrystal had issued a "devastatingly critical assessment" of the war against a "resilient and growing insurgency" just days before being forced out.

I can't quite go with the paper's interpretation of this – it seems to believe that this assessment contributed to Obama's determination to fire the General, hence the strap-line attached to the piece by Jonathan Owen and Brian Brady, which declares: "President Obama lost patience with Runaway General's failed strategy".

Anyhow, the thrust of the story is of some significance, however you decide to interpret it. Using confidential military documents, we are told, McChrystal had briefed NATO defence ministers earlier this month and warned them not to expect any progress in the next six months. He raised "serious concerns" over levels of security, violence and corruption within the Afghan administration.

His "campaign overview" warned that only a fraction of the areas key to long-term success were "secure", governed with "full authority", or enjoying "sustainable growth". And there was a critical shortage of "essential" military trainers needed to build up Afghan forces – of which only a fraction were classed as "effective".

McChrystal had pointed to an "ineffective or discredited" Afghan government and a failure by Pakistan "to curb insurgent support" as "critical risks" to success. "Waning" political support and a "divergence of coalition expectations and campaign timelines" were among the key challenges faced. Only five areas out of 116 assessed were classed as "secure" – the rest suffering various degrees of insecurity and more than 40 described as "dangerous" or "unsecure".

Just five areas out of 122 were classed as being under the "full authority" of the government – with governance rated as non-existent, dysfunctional or unproductive in 89 of the areas. Seven areas out of 120 rated for development were showing sustainable growth. In 48 areas, growth was either stalled or the population was at risk. Less than a third of the military and only 12 percent of police forces were rated as "effective".

Afghan people "believe that development is too slow" and many "still generally mistrust Afghan police forces". Security was "unsatisfactory" and efforts to build up the Afghan security forces were "at risk", with "capability hampered by shortages in NCOs and officers, corruption and low literacy levels".

The problem with the briefing, apparently, was its candour. The general was judged to be "off message", creating an "uncompromising obstacle" to an "early, face-saving exit" and Obama's plan "to bring troops home in time to give him a shot at a second term."

A senior Whitehall official thus says that McChrystal's departure is a sign of politicians "taking charge of this war", from which we might adduce that there is to be a structured attempt to deceive the public into believing that a victory is being secured in Afghanistan and that we will shortly be able to withdraw troops from the theatre, with honour.

The problem I have with this analysis is that in the recent past – i.e., in Iraq – the military had been only to keen to representing defeat as victory. The indications are that they would do it again with Afghanistan. In that light, what is being said does not make obvious sense. The politicians should not need to worry. When told to depart, the military will pack up its tent, declare victory and go home with the bands playing.

Perversely, though, it seems that McChrystal – he who had been so confident of military victory - had been urging Washington to "start the political track as soon as possible", a process which would require the politicians to take the lead (and the responsibility) in talking to the Taliban and other parties.

In other words, McChrystal could have come to terms with the probability – if not certainty – that we are losing, and wanted to dump the problem on the politicians, which is exactly the reason why I thought he had engineered his own dismissal.

Petraeus, on the other hand, is supposed to be arguing "that we need to get the upper hand militarily and regain the military initiative, and then negotiate from a position of strength". Sources are saying that it would take time to recover from McChrystal's loss, "particularly if Petraeus just ploughs on with trying to get the upper hand militarily".

This could be reflecting another, as yet unexplored possibility that there is a schism within the military, with genuine differences of opinion as to whether the conflict is winnable – and over what timescale.

Such complexities get even murkier – or even more complex, if you prefer – when you read Patrick Cockburn. A seasoned, if not veteran war reporter, Cockburn got it completely wrong in southern Iraq during the British occupation – he was too focused on the US occupation. But he was worth listening to on American actions (although he wasn't exactly an objective observer).

Cockburn would have it that Petraeus is taking command in Afghanistan "to stage-manage a war that the US has decided it cannot win militarily, but from which it cannot withdraw without damaging loss of face."

Now, human nature being what it is, there is never judged so fine and perceptive a commentator as the one who articulates exactly what you personally believe to be the case. And that is so close to my "take" that it is all I can do not to remark on what a fine, perceptive fellow Cockburn has become.

But, if that is what Petraeus is in position to do, what was the real problem with McChrystal? Did he, unlike Petraeus, see that the public was not going to believe the victory bullshit a second time round and thus decide that, if someone was going to get blamed, it wasn't going to be the military? And if McChrystal had decided he couldn't pull it off, what makes Petraeus think he can?

One way or another, it seems, we are no way near getting to the bottom of this affair, even less so with Call me Dave twittering away about having "achieved results", when McChrystal is saying that things are going down the pan.

Then we have Gen Richards saying (apparently spontaneously – and you can believe that if you like) that we should be talking to the Taliban – one of the things, supposedly, for which McChrystal got dumped, with the Pakistanis also getting in on the act (of which more later).