A Euromyth bites the dust 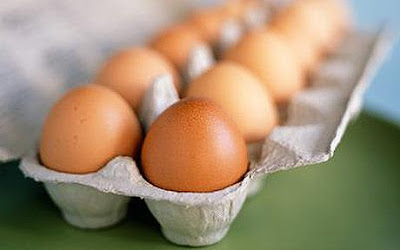 And why do you think I couldn't be bothered to report claims that selling eggs by numbers was to be banned by the EU?

It smelt wrong, right from the start, and it now turns out that it was all "speculation". Time was when I would have tracked it down and done a detailed evaluation – but one learns from experience that you can leave it a few days and the truth will out.

Had journalists read this, they would have realised that there was no story, he says, then observing that, as Phillipa Page would put it, no news is redundancies. So, instead, they rely on press releases from Tory MEPs and other well-informed sources.

Nevertheless, the EU has got quite canny on these Euro-sillies. It has recognised the dangers of adverse PR on them, and usually weeds them out before they get going. Thus, while we (Booker and I) were doing them quite often 20 years ago, there have been thin pickings of late.

They always were a red herring, though – a distraction. The danger of the EU was and is far more grievous than bent bananas and cucumbers.