A symbol of "Europe" 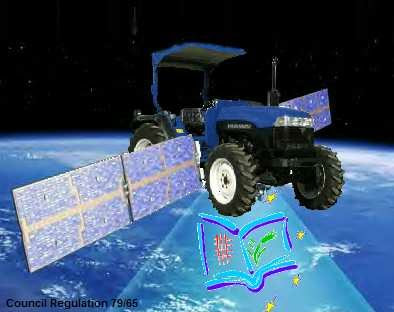 The last time I looked seriously at Galileo, the EU's GPS vanity project, was in April 2008 when I was disputing the commission's then latest claim - that €3.4 billion of our money would be enough to get the system up and running.

The figure, like the system, was pure moonshine, I wrote. That €3.4 billion was nowhere near enough to get the full constellation launched and operational - €10 billion was closer the mark, with additional through-life costs to maintain the system.

A few months previously, I had carried a report from Der Spiegel that the project would cost at least €5 billion and perhaps even €10 billion. Spiegel had added that a secret German government study had concluded the overall cost would rise by €1.5 billion even under optimum conditions.

Now, guess what? Bloomberg has reported a claim by Le Monde that Galileo will need another €1.5 billion "on top of the already budgeted €3.4 billion", to become operational in 2013.

Needless to say, the Italian commissioner now in charge of the project, Antonio Tajani, declines to confirm the figure, saying the amount of the extra funding needed will not be finalised until September.

Then, that is hardly a surprise – the project has been built on a foundation of lies and deceit from word one. In November 2007, it was going to cost €2.4 billion. And in order to gain member state approval for the project, in 2001 the commission gave its "solemn guarantee" that "no more public money would be needed after 2007".

Three years later, the EU is still putting its hand out for more money – even after raiding the CAP budget (pictured) - and the cost has doubled (with no end point in sight). If ever there was a project to symbolise the "success" of the European Union, this has to be it.