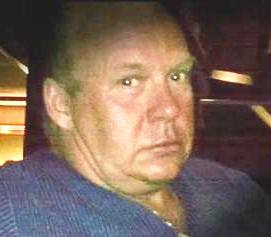 Several newspapers note that the Cumbria killer Derrick Bird (pictured) may have been in trouble with the tax authorities and feared being made bankrupt by them. There is thus speculation as to whether this was the final straw which triggered his lethal rampage in which 12 people ended up dead.

Certainly, there is good evidence that being on the receiving end of the implacable ministrations of the authorities is indeed enough to trigger a violent response.

If that was the case here, as my newsagent remarked yesterday before even this was known, it was a pity Bird expended his energies on largely innocent people. It was a shame, he said, that he had not put his anger to more productive use and run amok in the Inland Revenue offices or the local town hall.

With a bill for £1,210.33 sitting on my desk – the latest peremptory demand from Bradford Council for its Council Tax – I would quite endorse the choice of the latter target, where the idea of contributing to the £182,000 annual salary (plus pension, perks, etc) of a useless chief executive is not at all appealing.

If it was the contact with officialdom which triggered Bird's rampage, I can quite understand. Reaching into the depths of my own soul, I can touch a portion of my psyche which reserves the blackest hatred for the insouciance of mindless officials, calling themselves the "Department of Customer Services", who would have me committed to jail for failure to yield to their extortion.

And extortion this is. Unlike any other debt, failure to pay this one results in an automatic prison sentence. It makes a total mockery of the idea that we are free men. We are out on license, on payment of an annual fee to the authorities – failing payment of which the forces of the State are despatched to root you out, with unrestrained violence, to arrest you and commit you to jail.

Yet steal as much and you are unlikely to be treated as harshly. If you are an MP you can steal £40,000 and still be called "honourable", while you keep your job which you gained under false pretences.

Fortunately for these mindless, faceless officials, we are civilised people – we do not (yet) come for them and slaughter them in their beds, even when we should. And when a creature like Bird finally snaps – if that is what happened – usually the wrong people get killed.

But, that will not always be the case. There are people who have the effrontery to call themselves "consumer services" as they steal our money. For that alone they should be slaughtered. Societies, as well as people, have their breaking points. Ours cannot be far away.