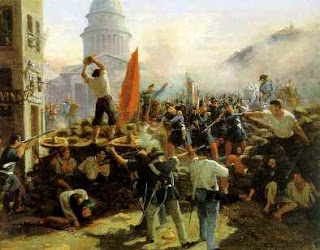 As noted by my erstwhile co-editor, the EU has taken on extra 18 MEPs for £7 million. Bruno Waterfield is telling us that this has been achieved by amending "its controversial Lisbon Treaty".

This was done by permanent representatives, known as "EU ambassadors" who met behind closed doors yesterday to sign off the amendment. The amendment must now be ratified in all the Union's 27 countries and will require primary legislation in the UK - "potentially opening up dissent among Conservative MPs who campaigned for a referendum on the Lisbon Treaty."

Now, if you can actually work out what that is saying, we are talking about an addendum amending an addendum which sets out changes to transitional provisions. It doesn't even change a treaty. It simply changes the speed at which a previously agreed change to the treaty comes into force.

Although some activists are hyperventilating about this, a Cleggeron spokesman has said: "This is not a new transfer of power from Westminster to the EU and therefore it doesn't meet the criteria for holding a referendum."

He or she (or it? ... one has to be inclusive these days) has got it dead right. We are not going to the barricades over a protocol amending a protocol.