Keeping up the standards 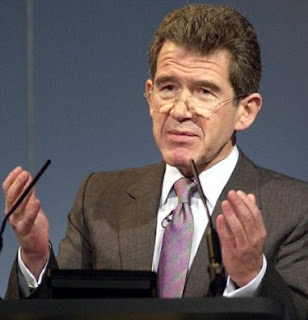 It is so nice to see the Cleggerons keeping up the standards of probity that we have come to expect of them.

This is the employment of Lord Browne, a man who resigned as BP chairman in 2007 after being caught lying to a court about his relationship with Canadian boyfriend Jeff Chevalier, a man renowned for cultivating senior politicians.

He was ennobled by Tony Blair, though in his first year as a "People’s Peer" he attended the Lords only twice. "I view it as no more onerous than a nonexecutive directorship," he said at the time. He has often been pictured with key New Labour figures and was once photographed shaking hands with Blair in front of California Governor Arnold Schwarzenegger.

Blair's former No10 gatekeeper Anji Hunter left Downing Street in 2001 and took a £120,000-a-year job with Lord Browne as BP's communications director. One of her key roles was to maintain close links between BP and Downing Street. She left BP shortly after Lord Browne. Last year Lord Browne agreed to lead an inquiry into university tuition fees for Gordon Brown.

Now appointed as the new administration's "super director", it does make you wonder quite what you have to do to be barred from public office.