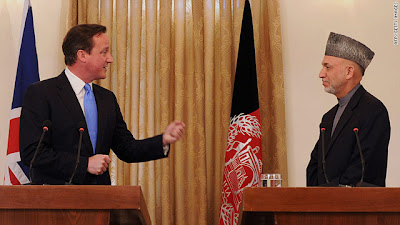 I have a reputation on this blog for bitching about other blogs – but if I do complain about them, it is because I care about the political blogosphere, its independence and its capabilities. I do not want to see it sell out to the MSN, and its ranks of sterile, smug, self-satisfied "clogs", nor go down the route of producing low-grade crap.

This is also about democracy and the failings of the MSM – and the bit about "democracy is not a spectator sport". Blogs are the perfect tool for the democrat. I want to see the blogosphere succeed and become an influential part of the political process.

Traditionally, the fourth estate has been an essential part of that process, in its ability to scrutinise and question government. But since it has largely given up on this duty and become part of the entertainment industry, or does it so badly that it has become part of the problem, the hope has been that the "citizen journalist" would fill the gap.

If there is a gap to be filled right now, it is Afghanistan – or, to be more precise, our military campaign there, the one that is costing us at least £3.5 billion for the coming year, and is going to result in an unhealthy number of coffins coming back from theatre.

One would like to think that this is an issue on which the blogosphere could excel, not least because Cameron's political agenda is so transparently dishonest and inept and the media are not even past first base in identifying or reporting the salient issues.

The Times and its three-day investigation is, at the moment, as good as it gets. But all that gives us is some fairly superficial criticism of the early phases of the 2006 campaign. It has managed to break out from the "received wisdom" and offer some relatively restrained criticism of the military. But remarkable as this is, there is still a long way to go.

The debate started, though, is continuing in The Times with input from back-bench MPs, and we're seeing The Economist have a go. But it is very difficult to detect any significant or sustained blogospheric activity. Even Tory Boy Blog doesn't cover its hero's derring do, preferring a softer agenda.

This and the other "big hitters" thus have nothing useful to say (or anything at all to say on the subject, for that matter), leaving some of the minor blogs such as Subrosa to have a go. It is rather ironic that a "Dundee wifey" has a view, and all the big, brave men bloggers seem to be running a mile.

Actually, it is very difficult finding any who are dealing seriously with the Afghan issues, and have anything intelligent to say. There is a blog search facility on Google but it doesn't work very well, which means a search through diverse blogrolls – with very little result.

Or am I not supposed to ask such questions?