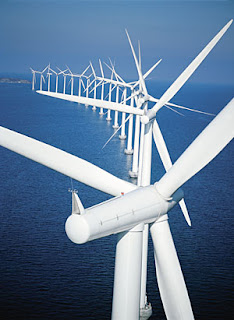 We are not unused to government continuing unabated in the face of contradictory evidence. Therefore, we remain unamazed by the government's response to the House of Lords Economic Affairs Committee report on "The Economics of Renewable Energy." It was commenting on the plan to generate "15 percent" (actually 32 percent) of the UK's energy from renewable sources to meet EU targets by 2020, stating thus:

The government should shift its investment in renewable energy away from "unreliable" wind power to nuclear and carbon capture and storage to avoid putting the security of the UK's energy supply at risk.

Yet as of Monday we learn that government is to extend its renewable energy support mechanism (subsidy) to 2037.

Clearly, all the experts in the world will not deter politicians. If there's a shop window to dress they will dress it and as ever we will pay, in more ways than we even begin to realise.

Yet, such are the distortions in the debate that even the "voice of sanity" is barking mad. A shift in investment to carbon capture - apart from doubling the costs of new-build coal plants and adding anything up to 60 percent to our coal burn - would be backing totally unproven technology. The best outcome it that it would lead us up a cul de sac. More probably, it would have the effect of reducing the electricity produced from coal by a half or more - and only if the technology could be made to work.

That, though, is modern politics for you. Even the critics can't see the window dressing for what it is.