Oh for a grown-up party! 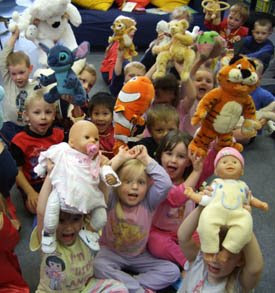 In asking, more or less rhetorically in one of yesterday's posts, whether "we" care, my actual target was myself as much as our many readers. The question is addressed to myself in terms of whether I care, the uncompleted query being whether one really cares which political party makes the running.

In truth, the economy is in such a mess – and made worse by Brown's maladministration – that, in the short term at least – it will make very little difference. We are going to take some pain and the only real choice is where we take that pain.

It is possible to argue that, in the longer term, the Conservatives will be better for the economy, if only because it is virtually impossible to do worse than Mr Brown and his current chancellor. But that is as much a fond hope as anything else. As Bruce Anderson pointed out yesterday, the essential flaw in the Brown package is that it comprises a series of fiscal measures, when the "current ailments are not fiscal; they are monetary".

It was that which led Anderson to conclude that Brown is playing politics - and I agree with the conclusion. Rather than dealing with the economic crisis, he has devised a carefully crafted set of "bribes" focused on a tiny sub-set of the electorate whom, he hopes, will be impressed enough to vote for Labour at the next general election and thus make the different between victory and defeat.

And, as one commentator remarked on the ToryBoy blog, which I have reproduced on our forum:

Whatever people may think about labour's ability to run the country, they are not stupid. They know their electorate and how to play the political game, or they wouldn't be in power. A shrewd player makes use of situations that arise to kill 15 birds with a single stone... and keep the stone.

So maybe this is all a deliberate plan by labour. They can see the country is a mess, and their chances of winning the next election are poor. So, address the crisis with measures designed to look good to your traditional supporters, while simultaneously generating a pile of trouble for whoever next gets into government. Since there is a good chance it may not be labour, they can then crow about the failure of the government in 4 years time ("it was never close to this bad under labour") before storming back in on a massive majority after just 1 missed term.

That more or less sums up what I think, my point being that it doesn't matter what we, what the media or the rest of the chattering classes think. What matters is that electoral sub-set being addressed by Brown, the ignorati as I put it. And, to be brutally frank, none of us really know what they think.

One of the most difficult things to do as an analyst is to assess other peoples' ignorance. There is a tendency to think that because you know something, or that it is blindingly obvious to yourself, that everybody else also knows it, or comes to the same level of understanding.

The crucial thing, of course, is that elections are not won by appealing to the politically aware, and that very small band of people fortunate enough to understand the economic issues involved in our current crisis, and the remedies that are needed.

The coming election will be won by appealing to the ignorati, the economically illiterate and the politically apathetic. Like the ToryBoy commentator, I suspect – but don't know – that Brown (guided as he is currently by Peter Mandelson) has a better understanding of what makes the ignorati tick than we do – and possibly a much better idea that the Tories.

That brings me back to the thesis of "who cares wins?" My problem here is that I take an instinctive and violent dislike to braying back-benchers and the Punch and Judy politics that we see on display in the House of Commons. Equally, I dislike "opposition by soundbite" as much as I do government by soundbite. Therefore, the natural reaction is to say, "a plague on both your houses" and retire from the field.

Add to that, the Anderson diagnosis that we are dealing with a monetary crisis and this feeling is strengthened, as so many of the controls needed to remedy the global and national financial systems lie outside the power (or competence) of our local politicians. To that extent, it really does not matter which party is in office. Neither of them is truly in power, both having sold their souls to the tranzies.

Taking all this in the round, one can conclude that the basic difference is that, while neither Labour nor the Tories can make things much better, Labour has within it the capability to make things a whole lot worse. Therefore, Conservatives have to be the choice, but it is not a wholesale endorsement.

One has to do more than hold one's nose to vote for a party which is in bed with the Friends of the Earth, an organisation which holds values to which I am totally, completely and utterly opposed, with every fibre of my being. Frankly, if it was not for the economic issues, a thousand wild horses could not drag me into a polling booth to vote Conservative.

Expecting rational policies on the environment and related issues, however, seems to be too much to ask but, since Labour policies are no better, it is definitely a matter of Hobson's choice. Either way we get shafted, and I resent being put in a position where I am forced to vote for a party which takes a stance on a core issue (one of many) with which I totally disagree.

Thus, the only thing one can possibly hope for is that, if either or both parties are going to shaft us – the choice being not "whether" but to what degree - then it would be nice if one of them could act like grown-ups instead of squabbling children fighting over a satchel. That alone would almost be enough to get my vote – almost. More likely, the nose peg will have to be employed.

In the meantime, I remain convinced that forensic opposition is the best way of taking down this government, and I am (and have been) working on a piece that will take this philosophy further. That I hope to post sometime tomorrow, but it may take a little longer. With that, at least, I can retain some semblance of personal sanity - possibly the only thing left that they cannot tax.