A narrowness of vision 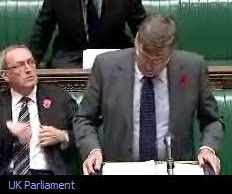 Having railed, not infrequently, at the hyper-excitement of the groupuscules, as they prattle over the weekly "joust" that has turned Prime Ministers Questions into a bigger joke than it ever was, one is driven to muse on the narrowness of vision that currently defines modern politics.

For many of the so-called political commentators, it is the high-profile events like PMQs and the occasional debate in the House, where a "rebellion" or some such is threatened, that consumes almost their entire attention. Outside that foetidly narrow, almost claustrophobic horizon, nothing else seems to exist.

Continued on Defence of the Realm