Not what you do … 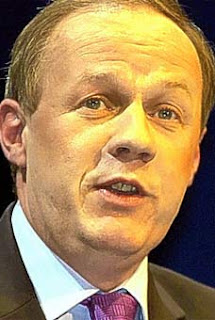 There is much fluttering in the dovecots about the arrest by the Metropolitan Police of Tory MP Damian Green, for the alleged offence of "aiding or procuring misconduct in public office." The arrest, we are told, is connected to the disclosure of several Home Office documents over the last year, which were subsequently leaked to the media.

It has been remarked that MPs have no specific protection from police action if they are involved in criminal activities, whether or not – as some claim – such activities are in the public interest. You can trash a power station in the name of global warming, but it is illegal for an MP (and anybody else) to leak to the press confidential information sent to him by a civil servant who is in breach of his (or her) legal obligations to protect information obtained solely and exclusively by virtue of his (or her) employment.

As to whether this happened in this instance we cannot comment. But it is fair to make the point that the situation is different if on receipt of leaked confidential information, the MP sends it to the "proper authorities". If he then uses the information so gained to "guide" questioning in the House - whether written or oral – and thereby puts that information into the public domain, then he is pretty much watertight, protected by Parliamentary privilege.

The place for opposition to hold the government to account is the House of Commons, not the pages of the press. If the media then publish the proceedings of the House, that is a matter for them and, generally, to be welcomed – that is democracy at work. MPs leaking confidential government information, passed to them illegally by civil servants, is not. In that context, it is not so much what you do, but how you do it.