It isn't news – until we say so 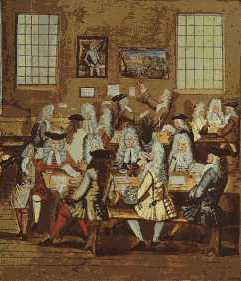 From being a broadcast news addict some years ago, watching virtually every television news programme and filling in the time in between listening to radio news, I have virtually stopped watching television news entirely and rarely listen to it on the radio.

Most often, I turn the radio on, such as for the evening's PM programme but, after a few minutes of the smug tones of Eddie Mair, turn it off in irritation.

What I object to most, however, is the underlying assumption that the listener – or watcher – shares their values as to the relative value of the news items offered, and the lack of choice given.

Thus, the broadcast news might spend as much as ten minutes on one item, when you might think it is worth only a fleeting mention, yet pass over quickly an issue which might be of far greater importance or even – most often – not mention it at all.

Through this means, the broadcast media exert their most malign influence – they way they set the "agenda", effectively deciding what you should think is and is not important. And, by and large, it succeeds. The "man in pub" discussions – when they touch on current affairs – will most often be dominated by what has been on the news that day, rather than any issue generated by the group.

In effect, therefore, by act and omission, the media, especially the broadcast media, it deciding for us what is and is not "news". And, effectively, until they say so, no matter how important an issue might be, it is not news.

A classic example of that came this morning when the BBC Radio 4 Today programme decided – at last – to twitter on about the prospect of power cuts, something this blog and Booker in his own little ghetto in the Sunday Telegraph has been banging on for ages. But we are not "news". Once the mighty BBC deigns to do it though, it then become news.

The amateurishness of the piece itself was a wonder to behold. The BBC's idea of research to is rely on their environment "analyst" Roger Harrabin to carry out a vox pop of "experts" in the energy field, asking them whether they think the lights might go out. It then concludes the "work" by interviewing energy minister Mike O'Brien, who tells the programme that we (the government) will "make sure we keep the lights on."

Not for the BBC is there any likelihood of it doing its own research, which would lead it to the inevitable conclusion that the lights will indeed go out. No, it has made the "news". WYSIWYG – move on, next story please, to feed the insatiable maw of the broadcasting machine.

On the other hand, a classic example of "non news" in The Guardian business section today. This gives a fascinating insight into a long-running preoccupation of this blog, the "mark to market" rules which we – and many, many others, almost entirely the other side of the pond – hold to have played a major part in the banking crisis.

In its piece, the Guardian recounts how Sir David Tweedie, chairman of the International Accounting Standards Board threatened to resign over the EU pressure to amend the rules, the original decision arising from the ECOFIN meeting in early October, picked up again here and with one result recorded here.

By any proper measure, the "mark to market" issue was a major story, which is why we devoted such an enormous amount of time and space to it – one of the key issues in the whole of the banking crisis. The US media largely agreed, but not the British media.

This current story, therefore, plops out from The Guardian, without context or background and, without that it is a bland, curiosity hardly likely to attract any great interest. Even if, behind it, there has been "blood on the floor" of the otherwise staid world of professional accountancy, with vital implications for the whole of the economy, the British media has decided, individually and collectively, "mark to market" is a "non-story" – it is not news. We know that - by its silence, the media tells us so.

This is where – in our statutory but necessary swipe – the British blogosphere is such a disappointment. That the "old" media sets the agenda is nothing new – not least it was something I was writing about in November 2006 in what I still think is one of my best pieces on this blog. I could re-post it today and it would be just as relevant.

The great promise of the blogosphere was that it would wrest the monopoly control over the news agenda from the "old" media and, in the style of the "coffee houses" of the Eighteenth Century (pictured), reassert our independence from the mind games played by the fourth estate.

Although I set out a template those two years ago, it was not to be. Largely, the blogosphere remains derivative, feeding off the crumbs from the "old" media's table, dissecting them and tweeting in its own fashion, responding to the agenda set by others instead of attempting to create its own.

In the main, from reading – or at least scanning – a dozen or more blogs each day, I now ready very few indeed, one of my few "favourites" being Watts up with that, one of the few blogs which is actually attempting – and largely succeeding – in setting its own agenda. Unsurprisingly, it is a US site.

What it will take to make things different for the majority of the British political blogosphere, I really do not know. But whether it is my co-editor seeking to provoke a discussion of the future of the Right (although how she expects to do so without posting a forum entry defeats me – you can post on this thread if you like), or myself with my own agenda (one of many), we refuse to accept the monopoly position of the the "old" media and will continue to plough our own furrows.

This reminds me, by way of conclusion, of a long flight over Canada, from east to west, looking for hour after hour through the window at the fields, all regularly ploughed, all in the same direction. Then, up on the horizon came a wondrous sight. I saw a single field – just one field amongst thousands - with the furrows ploughed at right angles to all the others. I would like to meet the man who ploughed that, I thought. Now, I would like to think he writes a blog.