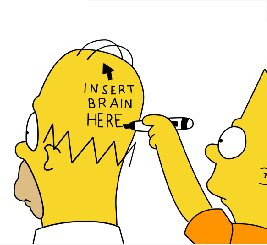 After all these years that we've been in the European Union, you really would think that The Sunday Times would have learned something about our new government.

Its leader today proclaims, "Be bold like the Bank and cut VAT", drawing a parallel between the Bank of England's base rate cut and possible measures that our provincial government could take to kick-start the economy.

With that in mind, it twitters about hints from the prime minister pointing "to an emphasis on helping 'hard-working’ families on low and middle incomes." What is important, says the paper, is that any attempted boost is not wasted. "Gordon Brown's instincts will be to plough more into his discredited tax credits or raise personal allowances to take the low-paid out of tax altogether. The former would be throwing good money after bad and the latter had little effect when it happened in September."

The Centre for Economics and Business Research argues for an eye-catching five-point cut in Vat, taking the rate from 17.5% to 12.5% for a period of two years. It makes a lot of sense, helping families up and down the social scale – a bigger proportion of the income of the lower paid goes on Vat – and providing small firms with a fillip. It would certainly be noticed, unlike fiddling with tax credits.

Whatever Mr Darling unveils, it should not be half-hearted. As the Bank demonstrated, dangerous times require bold measures.

No! No! No! - as the lady said. VAT is an EU tax, governed by the Sixth VAT Directive. No government can reduce tax rates without the unanimous approval of all 27 member states, acting on a proposal from the EU commission – which it is not obliged to offer. Thus, there is a double-lock. First the commission has to agree to the idea and then the Council must approve it unanimously.

And, as Brown found to his cost last March, when he proposed limited VAT reductions on "green" goods, his own proposals got him nowhere. A wide-ranging cut of the type endorsed by The Times would not even get off the starting blocks. It would be laughed out of court.

That the newspaper can endorse such a move, much less the Centre for Economics and Business Research actually suggest it, speaks volumes for the amazing pig ignorance of people who should know better.

But, when they can make even these simple faux pas, what hope is there that they can even begin to deal with the full extent to which the European Union has taken over the powers of our government. One really despairs!