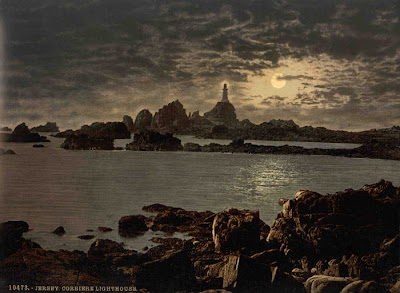 If excessive debt has got us into this mess, and the main thrust of the attack against Mr Brown is his plan to add to the national debt by untold zillions – and then tax us out of existence to pay for it - what, one might ask, is the EU playing at, setting up a EU "recovery plan" which amounts to EU member states borrowing €200 billion more than they have already?

This, we are told by The Times is the EU's brilliant idea "to beat the slump", in which member states are being "encouraged to follow Britain's lead". What is worse, though, is that it appears that EU commission president Barroso actually consulted with Gordon Brown before the Pre-Budget Report, in order to get tips on how to construct this wonderfully miasmic plan.

And so pleased is the Treasury at being the architect not only of the downfall of the UK but the rest of Europe as well that its spokesman was heard happily preening: "This is an opportunity to show how Europe can work together to support our wider economies."

If there is one thing more terrifying than either Mr Brown or the European Union running our economy, it is the prospect of them working together with a co-ordinated "plan". By all accounts, however, it is even worse than that, with Bush – in the final days of his presidency – throwing in his hand with the EU, to engineer a grand stitch-up of the global financial system, the very thing that allowed it to get out of control in the first place.

Thus, while there was a debate on the PBR in the provincial parliament yesterday, with the MPPs twittering away about the VAT cut and sundry other diversions, the real action is elsewhere, with Brown playing with the "big boys" rather than looking to Westminster for his lead.

However, since the majority of MPPs – and especially those on the opposition benches - seem loathe to acknowledge the global dimension of our economic crisis, and insist on viewing it through the prism of national politics, much of what they have to say is a study in irrelevancy. The action truly is elsewhere, out of sight of the media and chatterati trapped in their Westminster bubble, players who still labour under the delusion that what they think or say is of any importance.

Thus, while one of our colleagues over on Purple Scorpion rightly complains about Brown not paying enough attention to local issues, rather than an illustration of his "incompetence" this is more a reflection of where his priorities really lie. This penny-ante stuff is of no interest to him - not when the tranzies beckon and there is a "new world order" in the making.

Sadly, it will all come to grief, but it makes for painful watching. One is almost tempted to dig a hole in the garden and hide in it until this is all over. Instead, I have opted for the more pleasant – if somewhat shorter-lived - expedient of popping over to Jersey for dinner and the odd glass of wine.

The distance and the flight timings means that I will be out of play for the rest of today and, after sleeping off what I hope will be a pleasant excess, I will not be back fully in harness until late Friday evening. I'll take the laptop just in case there is an opportunity to blog, but might instead look to the moonlight over the lighthouse, as so famously illustrated above.