Vote blue, get Friends of the Earth 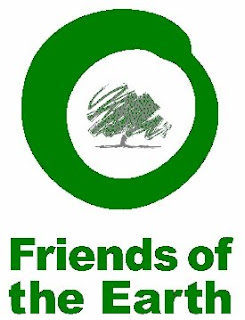 Oliver Heald, Conservative MP for Hertfordshire North East, is a great supporter of the Climate Change Bill. "It was originally put together by Friends of the Earth and the Conservatives," he says, "and we have put pressure on the Government to commit to the 80 per cent reduction."

This we learn from a piece tucked away in a local Hertfordshire rag called The Comet about the recent vote on the Climate Change Bill – the one where it was snowing outside as the vote went through.

One does not have to be a raving denier to express just a little bit of concern at this "revelation". The idea of the Conservative party in bed with a bunch of left-wing enviro-nutters, one step removed from the Kingsnorth vandals, is not one that fits happily with the idea of this Party being in office.

While David Cameron is keeping low profile on green issues, this is further evidence of the Conservative Party being far too close to the greenies, thus lacking the detachment and the concern for the wider public interest that is an essential requirement for Party destined for government.

The piece in The Comet itself was primarily commenting on Peter Lilley being one of "The Climate Three" who voted against the Bill and even this, it seems, it not all it is made out to be.

Lilley himself says, "I am not one of those who deny that CO2 emissions heat the planet. They do. But the recent global cooling clearly suggests that either man-made warming may be smaller or the impact of other factors greater than climate models have assumed." Even so, he adds, "I still strongly favour taking out an insurance policy against global warming, just as we insure our houses against fire."

Then he tells us, "I voted against this Bill - not because I oppose in principle its objective but to try to jolt the House into giving such a hugely costly measure more serious scrutiny than it received."

That gives an opening to Dan Gomm, coordinator for North Herts Friends of the Earth. He tells The Comet: "Despite assuring members of the public who wrote to him in their hundreds and met him that he supported the motion, Peter Lilley was one of only a tiny handful of MPs who forced the Bill to a vote. It is this kind of action that breeds cynicism and mistrust of the political system."

And in a classic example of precisely why these people should not be let out alone, much less let anywhere near the Conservative Party, Gomm adds: "The fact that it was snowing on the day of the debate is more likely to show that climate change is happening than not, as unusual weather is a symptom of global warming."

If this is the sort of imbecility that is driving Conservative Party policy then, whatever its pretensions and ambitions, it is not fit for government. Even the slogan, "vote blue, get green," was too far for some – this blog included – but if it really means, "vote blue, get Friends of the Earth," then there is no deal.