What the next 48 hours will bring 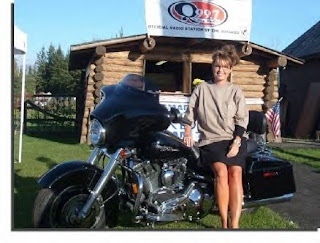 On the whole I disagree with the boss, when he says that there is little to choose between the two presidential candidates. (He is not going to shoot me because he is in Bradford and I am in London and that's the way it's going to stay.) There are, in my opinion, bigger issues at stake than temporary climate policies or, even, pace such commentators as Dan Hannan, attitudes to the European Union.

On the second, it is clear, that Obama knows nothing about the subject and will say and do whatever the State Department tells him. As we all know, the State Department is historically pro-integration. McCain may have some track record of supporting European integration but it is not uppermost in his mind. Whoever wins, Europe is becoming less important in American foreign policy thinking. How that will impact on Anglo-American relations remains to be seen but much will depend on us as well as on the Americans.

On the first, I have to admit to being more concerned with such matters as a possible left-wing swerve in the United States that will reduce that country's economy to Jimmy Carter-type levels; or an attack on that greatest of all modern political documents, the American Constitution; or a possible destruction of the First Amendment. Obama, I am afraid, has displayed himself to be ignorant enough to do all these things. However, I do not think that even if The One is elected he and the somewhat corrupt political machine that he will take with him to the White House will destroy the United States. He may set it back quite a lot, though. And a set-back for America is a set-back for us all.

That is why, with all his faults, John McCain is the man I am rooting for.

The racism accusations worry me not at all. As has been said already the fact that a half-African politician could get to the top shows that racism is not as big an issue as some people on his side make out. The fact that his weaknesses have prevented him to do better in the election campaign despite the fantastic amount of money he has spent on it and despite the big media being almost entirely and very dishonestly on his side shows that people look at his qualities and not the colour of his skin, just as Martin Luther King dreamt it all those years ago.

Besides, anyone can play at isms. Given the treatment dealt out to Hillary Clinton, the dubious way in which her actual victory in the Primaries was discarded, and the vile accusations levelled at Sarah Palin, would it not be fair to say that all those who vote for Obama are guilty of sexism? About as fair as to say that all those who do not vote for him are guilty of racism. What's sauce for the goose ...

Having said all that, I need to add that whoever wins today and however long it will take to get the results, we can still salute the process. Let me remind all our readers: the people of the United States get to choose their government which, in all its various branches, at federal, state, country, city, district level, is responsible to those same people. When was the last time we could say that about this country?

Could this be the sort of envy for the reality of American democracy and American freedom as well as a sense of impotence as far as our own politics are concerned that fuels that insane anti-Americanism we have all witnessed in Britain?

Yesterday I went to the launch of the new web based campaign and political research group, America in the World. I was not all that impressed by David Cameron's speech but then you would expect that. In the circumstances, I don't think he should have made it quite so clear that he thought Obama would win and that he was basically on that side of the divide, not least because a good deal of European Obamamania is fuelled by the self-same anti-Americanism the new group is supposed to combat.

One of the other speeches, however, referred to a couple of recent polls. We know the one that gave the figure of 30 percent even in Britain of people who thought America was a greater danger to peace than Iran, China or North Korea. One would like to know where that 30 percent would prefer to work or spend holidays in? Still, attitudes like that are worrying, if not downright insane.

Apparently, America in the World conducted its own parallel polls, one about whom people would like to see as President of France and President of the United States. According to what was said, most people in various countries did not know or care who would be the first but almost everyone had an opinion on the second. This means nothing by itself - who becomes President of France is not really all that important even to the French, given the state of political affairs in Europe. America is, naturally, important to us all. And America must stay as a beacon of light for freedom and democracy. America will lead the Anglosphere, no matter what happens in the next 48 hours and even if there will be a temporary set-back.

UPDATE: I was going to put up pictures of the two presidential candidates but decided that the one above was more attractive. By the way, Governor Palin has been cleared of all ethics violation by independent counsel (and I stress the word independent). Amazing, isn't it?