An absence of leadership 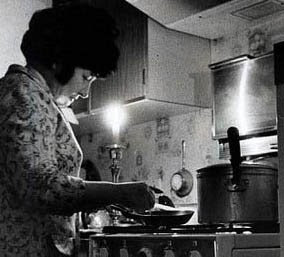 That's what I really like about newspapers – the way they keep you informed with the latest, up-to-the-minute news. Only the MSM can do this, with its thousands of gifted staff, its million-pound budgets and its access to expert sources of information.

On the other hand, we discover that we first wrote about this issue 10 October 2004 and really got into our stride on 17 December 2006 when we strongly suggested buying a back-up generator.

We were back on the case on 26 September , again on 2 October and yet again on 22 October. Then, on 12 November, in the context of the BBC finally doing a small piece about the possibility of power cuts, we noted the tendency of the media, by act and omission, the media, especially the broadcast media, it deciding for us what is and is not "news". Now, after all these years, The Daily Telegraph has suddenly decided that this issue might be news after all.

When the powers cuts do happen, of course, we will not need the media to tell us. Unlike with many events, we will be the first to know. The only pity is that we will not be much point is saying, "I told you so". Most people will not have the power to switch on their computers.

But two points are worth making – again. The first is the complete silence of the Conservative opposition on this issue - in common with the rest of the political classes - something noted by Tony Sharp today. We made a big deal of that on 10 September, just before the party conference. Then we noted that the Centre Right blog had done a piece on energy, and elicited only two comments.

The second is the tendency of the blogosphere to take its agenda from the MSM. Through the miracle of the Blogger and site meter technology, we can see how many other blogs link to our posts – an indicator of how seriously a piece is taken by the chatterati who just love telling each other how wonderful their posts are. In this case, there were no links whatsoever.

Yet, when – as it must – the issue hits the front pages, you can bet the blogs will be crawling all over it, demonstrating yet again their inability to set the agenda.

The first point, though, is the more important. In our little ghetto, we can only do so much. Unless or until there is some genuine political leadership on this issue, it will never really take off. That is the way things work. For the media to get steamed up, there must be a political "edge".

The absence of that leadership speaks volumes for the Conservative Party.