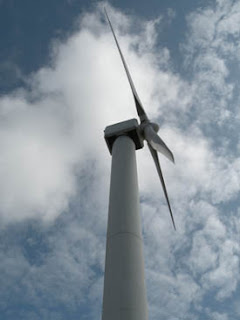 The news today that oil giant BP has dropped plans to build wind farms and other renewable energy projects in Britain should come as a major wake-up call to our guardians in Whitehall – but it won’t.

The company has shelved ideas of building a UK onshore wind farm at the Isle of Grain in Kent and will not bid for any offshore licences, instead focusing on renewables spending on the United States.

With some projects already in trouble, finding difficulty in attracting investors, the withdrawal of a major player like BP drives the government's renewable energy policy further into the land of fantasy, underlining the fact that we are now relying for our future energy supplies on something which is not only unachievable, but demonstrably so.

The fantasy economics of offshore wind power are well illustrated by news from another front, with RWE agreeing to buy 50 percent of the world's biggest planned offshore wind park from Scottish & Southern UK.

This is the development at Greater Gabbard, in the North Sea off the east coast. It is costed at £1.3 billion, yet will only have an installed capacity of about 500 megawatts and a deliverable capacity of about a third of that. Thus, with a price tag about the same as a modern nuclear plant, it will produce only about an eighth of the power. Even with the renewables obligation subsidy, this does not make sense.

To add to the government's discomfort, BP has also decided to pull out of carbon capture, withdrawing from the UK's competition to set up the world's first commercial-scale plant. The company had been one of four groups of companies shortlisted for the competition, along with consortia led by E.ON, Peel Energy and ScottishPower. 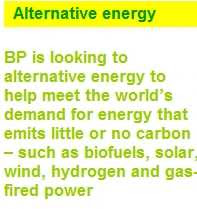 With the government pinning its hopes on "clean coal" as one of its energy policy planks, this must reduce significantly any chances of getting carbon capture into play, further increasing our reliance on gas generation. And here also the news is not good. We are told that much needed expansion of gas storage facilities needed to help the UK weather the vagaries of global energy markets have received a blow with the announcement that two projects have suffered serious setbacks.

One is by Portland Gas, under construction in Dorset. This had been expected to open in the second half of 2011, but is being held up by problems securing financing. The facility was now unlikely to open before March 2012.

Andrew Hindle, the Portland Gas chief executive, said: "The global credit crunch has all but closed off the likelihood of achieving [the 2011] target for the time being and this factor, combined with cutbacks in longer-term spend by industry participants in the sector, has meant that halting the current joint venture funding process is in the best interests of all shareholders."

Reflecting the broader turmoil in the energy market, we also hear of the collapse two small suppliers to the business market, Electricity4Business and BizzEnergy – both of which have gone into administration. This reflects the unstable wholesale prices and the increased cost of credit.

And, to add even more to the joy, The Australian notes that the wonderful EU's emission trading scheme is in trouble – the price of "carbon" has collapsed.

This, says the paper, is making a mockery of Europe's stumbling attempts to lead the world with a market-based carbon strategy. It is causing irritation and frustration to the armies of advisers and investors who seek to cajole utilities into big investments in carbon reduction.

James Cameron, the director of Climate Change Capital, a financial adviser and fund manager, said: "The whole purpose of the ETS is to take carbon out. It's not there to benefit funds or to support trading."

On that, you could have fooled us, as the whole scheme has degenerated into a money-making scam.

But then, this simply reinforces the sense of confusion and disarray which seems to pervade the very fabric of government and commerce. And, as always, it will be us that pays, not only in increased costs but also in the very real risk of the lights going out.