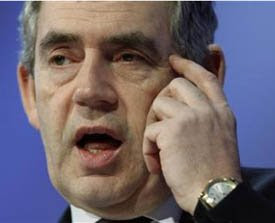 As it happens, I have never shared the visceral hatred so many people in Britain display towards bankers and other people who make large sums of money, particularly as those people are keeping the British economy going. Without the City this country will be a sorry place.

I might not want to consult businessmen on political matters but when it comes to such things as money and the economy I know whom I would choose, businessmen or politicians. The latter, in my opinion, are like overgrown uncontrolled children who, unable to build an elaborate sandcastle, prefer to kick over the other kid's creation to finding some useful occupation for themselves.

At least two commentators, Thomas Sowell on Townhall.com and Timothy Noah on Slate.com, think that is precisely what is happening in the United States. Once things are made to go wrong, it is very difficult to put them right as numerous studies about the dire effect Roosevelt's policies had on the depression of the thirties.

As for our own Prime Minister, who has just mortgaged the country for the next fifty years (if we are lucky), I fear that for once I have to agree with Boris Johnson's outburst. This is Gordon, the old socialist, delighting in what he sees as the humbling of people better than himself in that they are more useful to the country.

Mind you, it is not entirely clear to me why Mr Johnson is so surprised at the fact that all that money has been squandered on the public sector since 1997. I thought everyone knew that.

I also disagree with the boss - people are not being fooled by Gordon the Moron's performance and, for once, neither is the media. All the newspapers were lambasting him this morning, no matter what their political outlook might be.

The problem is that, whichever way we turn, the country loses out. ToryBoy blog is correct in its analysis (gosh, I am being generous today but only because anything and anyone is better than malevolent idiot politicians): Brown thinks he is in a win-win situation. Either the public swallows his assurances that he is the saviour and not the destroyer of the British economy and he is re-elected; or he loses the next election and the incoming Conservative government is left with an unholy mess. Sadly, I do not share ToryBoy blog's admiration for the Shadow Chancellor.