Does the sun rise? 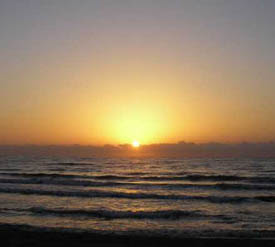 Bruno Waterfield has what he calls an "exclusive" in The Daily Telegraph this morning, with the news that France is preparing to "stitch up" Britain by blackmailing the European Union into guaranteeing farm subsidies worth more than £7 billion a year.

In terms of detail, this may indeed be an exclusive, but in general terms this is a headline that could be written any day of the week, 365 days a year. From the very start, the CAP has been a French stitch-up, in the same way that the EU and the EEC before it has always been an instrument for furthering France's national interest - "Europe c'est moi," as de Gaulle might have said.

Thus, when we learn that France, yet again, is to indulge itself at our expense, the only thing of interest is not whether but precisely how it intends to go about it. And, if nothing else, French bureaucrats are so highly inventive at inventing complex mechanisms for milking the community pot that they leave our lot standing.

This will all come out in the wash in 16 days time at the meeting of the Council of our Supreme Government, otherwise known as the European Council, when a classified internal French document will be read into the record. It, according to Bruno, praises the CAP as a "strategic asset" based on principles laid down in the Treaty of Rome over 50 years ago.

This is a classic re-writing of history – much along the lines of the CAP being developed to "make Europe self-sufficient in food". The CAP dates not to the Treaty of Rome but first to the Stresa conference in July 1958 and then to the financial settlement devised by de Gaulle in 1968 and adopted into (then) EEC law in the "forgotten treaty" – the Luxembourg Treaty of 22 April 1970.

It was that treaty, more than anything, which set up the foundations of the CAP as a financial and political instrument, which it always was and always will be. The CAP was never an agricultural policy, in the sense that it was ever devised as a rational tool for the management of our agricultural resources.

But it is indeed a "strategic asset" for the French, and they intend to keep it that way. The rest of us can huff and puff, but the financial support systems built into the CAP are France's "red line" which she will never cross.

It is all very well, therefore, for Jim Paice, the Tory spokesman on agriculture to wax outrageous about this state of affairs, but it is never going to be any different as long as we continue to be members of the EU. Our role when we joined was to pay French farming bills – and buy their produce. As it was then, so is it now. Nothing is going to change until we get out of the EU.

But, since withdrawal from this loathsome construct is not even (yet) on the political agenda, "outrage" is so much fluff. We might just as well get worked up about the sun rising in the morning.