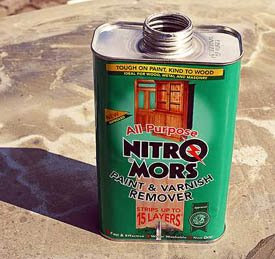 In one of those days when there’s too much coming at you to be able to focus, I was nonetheless taken by Philip Johnston's column in The Daily Telegraph, in which he complains, "Browbeaten MPs fail to do their basic job."

He opens with an entirely correct assertion that, "It almost certainly passed you by …" telling us that the House of Commons took quite a momentous decision last week. "MPs agreed to establish a Speaker's Conference, a rarely constituted forum for considering and, if necessary, changing how Parliament conducts its business."

The last conference, it appears, was in 1977 and this will be only the sixth such conference since the beginning of the 20th century. And, writes Johnston:

It has been established amid worries that the Commons is seen as a narrow, self-serving elite that bears no relation to the population as a whole. At the conclusion of what will be a year-long inquiry, it wants to make the House more representative and relevant.

Johnston then catalogues, with some skill, the irrelevance of the measures being considered, which is all very entertaining – and irrelevant. Two absolutely vital things are missing from his dissertation.

The first is the most obvious. As we have recorded in so many posts that we could not even begin to catalogue them, the vibrancy has been drained from Parliament with its erosion of power, the real power now residing in Brussels and in its satellite, up the road from Westminster, the Whitehall machine.

Much of what Parliament does these days is irrelevant because Parliament itself is irrelevant. And until that issue is redressed, we are going nowhere. Yet, Mr Johnston, for all his skills, does not mention the EU at all.

He does, however, rehearse the idiocies of the Licensing Act 2003 - not the bit that allows 24-hour drinking, but the section that licenses entertainment, law actually passed by Parliament in one of the few remaining areas where the UK still has residual power (give it time, though, and that too will be gone), and the point is made well enough. But I could give him a better and more relevant example.

Unbeknown to many, the EU commission has put forward a proposal for decision by the European Council of Ministers and the European Parliament to ban consumer and professional use of dichloromethane (DCM) – known by some, including me, as methylene chloride.

Boring, you might say, but this is the key ingredient of ninety percent of all paint removers sold. Virtually all, including your useful and familiar tin of Nitromors, will simply disappear from the shelves.

Furthermore, we are told, the commission, in bringing forward this proposal, did not allow this proposal to be further discussed or voted by Member States’ representatives who have been debating the matter for six years. Despite knowing that banning ninety percent of paint removers from the market will clearly be highly disruptive, it intends to go ahead.

Actually, this will be more than extremely disruptive. Not only is the product used for paint stripping, in the professional cleaning world, it is the only agent available that can be used to clean heavily carbonised soiling from aluminium kitchen equipment and car parts, without damaging the metal. In my time, I have used gallons of the stuff and would have been totally lost without it. I could even tell you a hilarious story about using it … but I won't.

"Nitromors", however, is another symbol of Parliament's impotency. The battle to keep it will now be played out (and lost), between Whitehall and the rest of the member states, each vying for position against or for the proposal – which will be subject to qualified majority voting. Germany is very much pro-ban and it is likely that it will prevail.

Then, in the fullness of time, when the outcome has been determined and can no longer be changed, our Parliament will be informed and required to give the measure its assent. It will – as it always does - and, some time afterwards people like Philip Johnston will be complaining at the "mad bureaucracy" that has banned yet another essential product.

And therein lies another omission – Mr Johnston and his colleagues. As they indulge themselves is recording the trivia and tat, gleefully recording the political theatre of Parliament and ignoring the substance, they fail entirely to tell the population at large quite how etiolated Parliament has become.

It is not just a question, therefore, of Parliament failing to do its basic job – as Johnston observes. It is also a question of the media failing to it its basic job. But then, I guess he might have a little difficulty selling that line to his editor.

Rather like Parliament, the media is very good at dishing it out, but extraordinarily sensitive about accepting criticism. Try putting a note critical of a media story on the corresponding "comments" facility on any online newspaper and you will see exactly what I mean.

That, unfortunately, leaves us only one response to Johnston's piece – something along the lines of "physician heal thyself". The media is as much part of the problem as is Parliament.