Sharing in the proceeds of growth 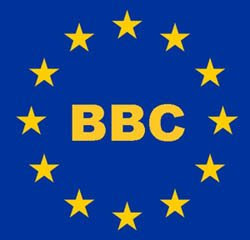 According to The Sunday Telegraph, the Tories are "to clip BBC wings".

"Conservative policymakers" are thus said to have devised a plan to give back to viewers half of the £800 million raised through licence fee increases to cover the switch to digital television. The move would reduce the licence fee by £6 a year for every viewer.

A senior party source is cited saying that the Tories planned to "rein in the overweening ambitions of the BBC" which, in spending huge sums on star presenters, had been "acting as if it were Manchester United buying Ronaldo".

This item was first drawn to my attention by an e-mail, with the comment: "The great reformers hey? Try £56 a year for every viewer."

The writer then added a further comment: "And this sums up everything that's wrong with the Tories. They are still fiddling round the edges and have no intention of drastically reducing the size of the state. They have no big ideas."

I would, of course, have to disagree. From the current £139.50 a year tax, the "rebate" it seems, is to be clawed back from the increase granted to the BBC – in other words, sharing out money from the BBC's planned growth.

Wasn't "sharing in the proceeds of growth" one of the Tories' big ideas?