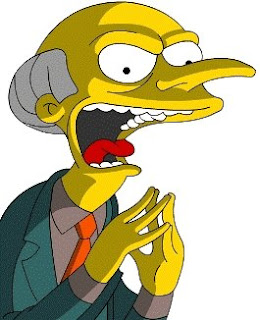 Let us just remind ourselves that, two weeks ago The Sunday Times was endorsing a cut in VAT from 17.5 to 12.5 percent for a period of two years, "an eye-catching five-point cut", as proposed by the Centre for Economics and Business Research.

My response to that was:

VAT is an EU tax, governed by the Sixth VAT Directive. No government can reduce tax rates without the unanimous approval of all 27 member states, acting on a proposal from the EU commission – which it is not obliged to offer. Thus, there is a double-lock. First the commission has to agree to the idea and then the Council must approve it unanimously.

That much is true, insofar as it relates to a five percent cut, but it is wrong in the detail. It applies specifically to the minimum rate of VAT which - as is set out in Recital 29 of Directive 2006/112/EC (Directive 77/388/EEC Recast) – is currently 15 percent. No provincial government can reduce VAT levels for the specified goods and services below the minimum rate.

What I had forgotten was that the UK provincial government (the last Tory administration) had increased its VAT rate above the minimum level to 17.5 percent. My brain had somehow registered (wrongly) that the current UK level was in fact the minimum EU level.

Thus, with most of today's newspapers are forecasting that Brown is proposing to cut VAT levels, it is true that he can bring the rate down from 17.5 to the minimum level of 15 percent, but no further. In its report today, therefore, The Sunday Times has (at last) got it right – partly at least - stating that "under European Union (EU) regulations, Vat cannot be lowered below 15%". Actually, it is a directive, not a regulation, but we will let that pass.

The paper then goes on to say that, "It will be the first time that any government has cut the sales tax," another terminological error – this is a turnover tax, not a sales tax – but we'll let that pass as well. Hell, I'm in a generous mood.

Whether a 2.5 percent cut amounts to "Big reductions in Value Added Tax", as The Sunday Telegraph asserts, is a moot point. It is half the level the Centre for Economics and Business Research thought necessary to give a much-needed economic stimulus.

"Big", or not, The Observer tells us that this is part of Alistair Darling's "high-risk bid to lead Britain out of recession tomorrow," the idea of the VAT cut being to "entice the British people to go on a pre-Christmas spending spree".

To conform with EU law, that is all Darling can do and, for the record, this is somewhat modest. Looking at the recent adverts for laptops, with a view to replacing the aged EU Referendum backup machine, I latched on one for £375. The proposed cut would reduce this to £367, a staggering £8 reduction. I suspect that such a marginal difference will have but a slight effect on purchasing intentions.

That Brown would probably like to do more is hinted at in the Sunday Times piece. It tells us that, tomorrow, he will also say he plans to go to Brussels to appeal for EU-wide action on cutting taxes, looking for a "co-ordinated approach in Europe." At the next meeting of the Council of our supreme government in Brussels next month, he may call on them to "follow his lead" in cutting VAT.

But, beyond the mere 2.5 percent cut, it is unlikely that the EU will go. For that, EU law will have to be changed, and that is nowhere on the agenda.