In a fantasy world 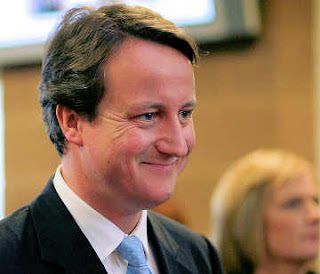 The Tories hate Simon Heffer. More so, David Cameron loathes and detests him, as do many of the Shadow Cabinet, falling in with their master in sharing his views.

As a king of the "man-in-pub" ranters, there is a lot to dislike about Heffer but, like him or loathe him, amongst the dross he produces, he is very often able to put his finger on the pulse and come up with a right diagnosis.

No more is this true than in his op-ed today, where he writes a coruscating piece about the Tory party, under the heading: "Cameron and Osborne need to prove how, under a Tory administration, things would get better."

The analysis, inevitably, must be read with a critical eye but what particularly strikes a chord is Heffer's comment that:

There have been failings of policy, of presentation, but, above all, of connection. To have gone so wrong implies that the leadership and its advisers are inhabiting a fantasy world. What is truly alarming is that they show little sign of leaving it.

Indeed, they are in a "fantasy world" – this is the "Westminster bubble" of their own making, with walls more solid than concrete, through which nothing but the most carefully selected messages can filter. And Heffer is quite right to be alarmed that the Tories show "little sign of leaving it".

The problem – and it is a huge one – is that there is a certain kind of Tory, of which Cameron is one (but there are many more), who has such a strong conviction that they are right in everything that they do or think, that it is inconceivable to them that they can be wrong.

Confronted with people who manage temporarily to by-pass the filter, to offer opposing views, their reaction is disbelief and then concern that anyone could not agree with their views.

Their resolution to this conflict is either to ignore what they are told or, if pressed, they seek to convince their challengers that their views are wrong. The only outcomes to such confrontations can be that the heretics are convinced of the errors of their ways, or that they go away (or both). What cannot happen is that our archetypal Tories can in any way admit that they are wrong, and thus change their views.

On a day-to-day basis, this self-belief is managed by rigorously excluding any source that might offer contrary views, confining input only to sources which sustain and reinforce the received wisdom. This, one sees many times. On meeting it for the first time, I was shocked by the reaction of a very senior Tory when I referred to a particularly contentious piece of work, that was being widely discussed in my circle. Airily, he told me, "Oh, I never read that kind of stuff".

You can also see this dynamic in the range of Tory blogs and how often they link to each other. Rarely do you find any "outsider", giving living evidence of the gilded, self-referential "bubble" in which these people operate.

Interestingly Heffer's piece comes in the wake of a recent poll which has cut the Tory lead over Labour to a mere three points. It is interesting to see the reaction in the comments section of Tory Diary. Of reaction to today's Heffer piece, there is none. He is outside the pale. He is ignored.

The polls, of course, will go down, and they will go up. There is only one poll that really matters, and that is the one cast in the ballot box. But, as it stands, and as we suggested, the Tories, wrapped in their own little bubble, are in danger of losing that one.

That we have been warning thus has been ignored. It will continue to be ignored. We are not "on message". Therefore, we must be wrong.