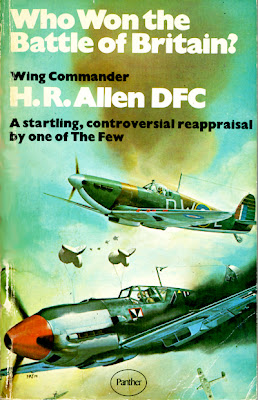 It would seem odd to celebrate the resumption of sales of The Many Not The Few with an evaluation of a much older book (pictured) by Wing Commander H R Allen called Who Won the Battle of Britain? First published in 1974, and unfortunately now available only in limited numbers as used copies, Allen – himself a Battle of Britain pilot - is scathing about the war leaders of his service, the RAF.

"It is doubtful", he says, "whether the professional neglect of the Air Staff as a whole in 1940 has ever been equalled in the long history of British arms … Strategic misappraisals, the lack of understanding of air power, dogmatically held incoherent theories – inflexibility of thought processes, crazy procurement policies and a lack of adherence to the principles of war …".

As one reads with growing admiration this book, one gets the impression almost of a completely different battle to the one painted in so many more popular accounts, something to which Allen himself draws attention, writing (on pg 204), following his own analysis of the battle:


Sadly, we arrive at the conclusion that the Battle of Britain has been glorified to the point of hyperbole by British historians.

This is written both generally and in the context of Hitler's threat of invasion, which Allen takes to have been a strategic bluff with no realistic (or any) prospect of success.

As to the air situation, he takes the view that had the Luftwaffe defeated the RAF and Hitler had given the order for the invasion to be launched, it "would in all probability have been smashed" by the British Fleet.

"Without doubt the five hundred or so section, flight and squadron commanders in Fighter Command earned their laurels", Allen writes, "but the real victor was the Royal Navy, the Silent Service". He concludes: "In short, the truth about the Battle of Britain is that it was a silent victory".

For the day fighting phase, between July and September 1940 – this entirely accords with my view, but I then extend the thesis to argue that the Germans, appreciating that the invasion was a non-starter, had already changed their schwerpunkt.

The Germans bypassed the RAF by concentrating on night bombing, attacking the civilian population rather than the military – an early example of "shock and awe". The intention was to achieve regime change, in the hope that the new government would bid for peace.

It was that phase which, in my view, became the decisive battle for, had the morale of the British people broken, sustaining the war effort would have become impossible and Churchill – already under considerable political pressure – would have had no choice but to resign.

Allen does not explore this, which makes my book very different – even if we come to similar conclusions. But what the Wing Commander does do is point up the many inadequacies of the RAF and its leadership. Collectively, these make it clear that the survival of Fighter Command through the battle was more a matter of luck than judgement, in spite of and not because of its leadership. 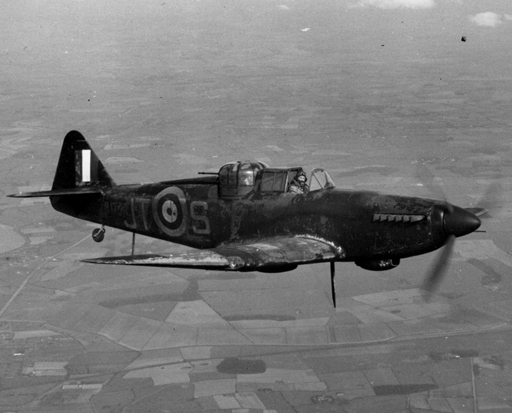 Why this is important, of course, is that we see mistakes of the 1930s and 40s being repeated again and again, right up to press. Allen talks about procurement failures in detail and, if you want an account of young men being sent needlessly to their deaths, you need to read his views on the deployment of Defiants on 19 July (type pictured above).

"To write operational specifications which would produce such an aircraft was bad enough", he says. "To attempt to use it in front line action was almost a criminal offence".

Bringing that up-to-date, we ask: could such a thing happen again? And, reviewing the use of Warriors as patrol vehicles in a counter-insurgency environment, we could say that to write operational specification for that vehicle in Afghanistan "was bad enough". But, to attempt to use it in front line action is almost a criminal offence.

More than ever do we need to know our history, and understand it … as we are already repeating it.