Bring on the grown-ups 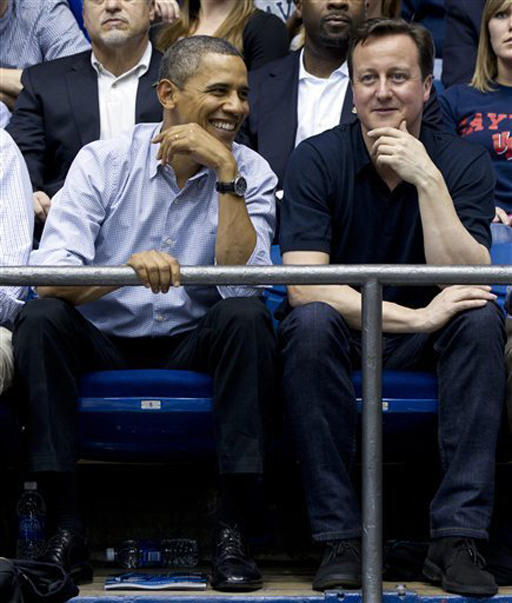 One of the more important issues being discussed by Cameron and Obama in the United States is the withdrawal of coalition troops from Afghanistan. Already a failed campaign, upon its final outcome will depend the lives and well being of many, and well decide to a very great extent on whether some people live or die.

When our politicians discuss such matters, we expect a certain gravitas from them. This is not a Sunday afternoon pub chat. Out leaders are discussing serious affairs of state and, when the fate of so many hang in the balance, we expect them to look the part, and behave accordingly.

Spending a "relaxed day" in Dayton, Ohio, watching an NCAA tournament college basketball game between Mississippi Valley State and Western Kentucky, while dressed in casual attire (above), simply does not cut it. It sends the wrong message – not only to our friends but to our enemies. 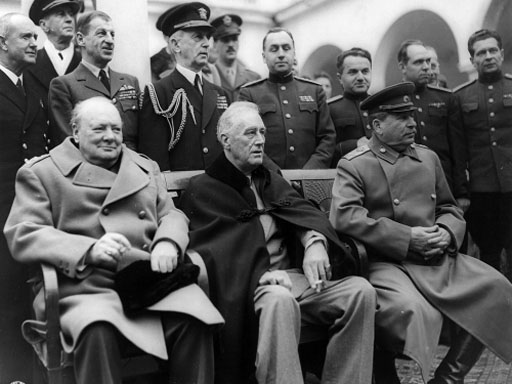 Compare and contrast with the above ... the "big three" at Yalta.  No-one would be under any illusions as to the gravity of the meeting. Yet now we have two fundamentally unserious lightweights, men who invite contempt and can be treated with contempt. In a dangerous world, we need serious leaders – not posturing sports fans.